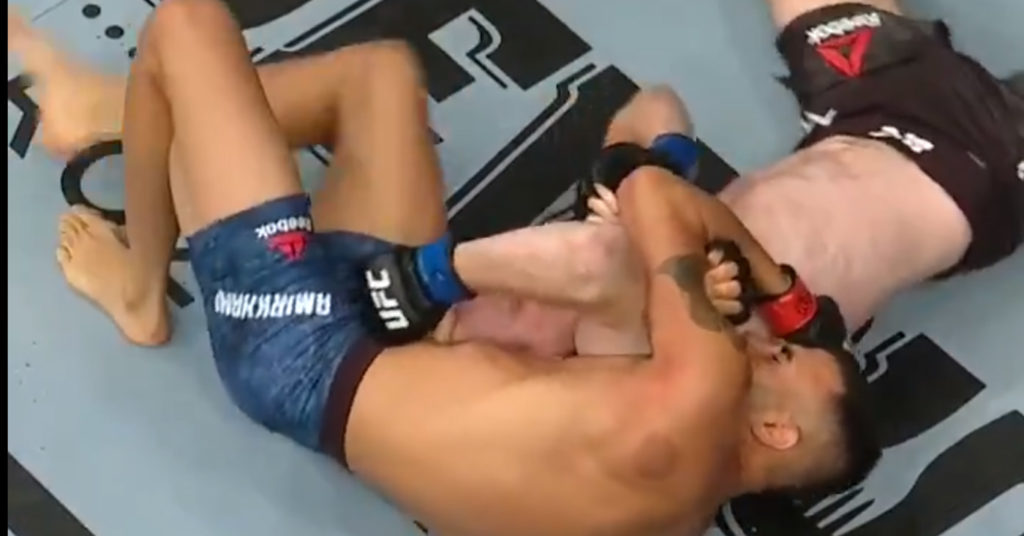 In UFC 251’s preliminary card, Makwan Amirkhani was facing Danny Henry in a featherweight showdown. After forcing his opponent to the fence, Amirkhani got the takedown and attempted a guillotine before transitioning to an anaconda choke.

It wasn’t long before the referee checked on Henry and stopped the fight after realizing that he went limp.

The submission 👌
The sportsmanship 👌@MakwanAmirkhani aces his #UFC251 performance. pic.twitter.com/kMnU9hAK6c

🇫🇮 @MakwanAmirkhani with the quick submission at #UFC251

With this win, Amirkhani now has two UFC wins by way of anaconda choke. He gets back to the win column after a TKO loss to Shane Burgos.

UFC 251 Results: Amanda Ribas Submits Paige VanZant With An Armbar In The First Round (Highlights)
Read Next Post →
Click here to cancel reply.