Prior to Their UFC on ESPN 14 Bout, Alexander Gustafsson Recalls Sparring Fabricio Werdum Years Ago 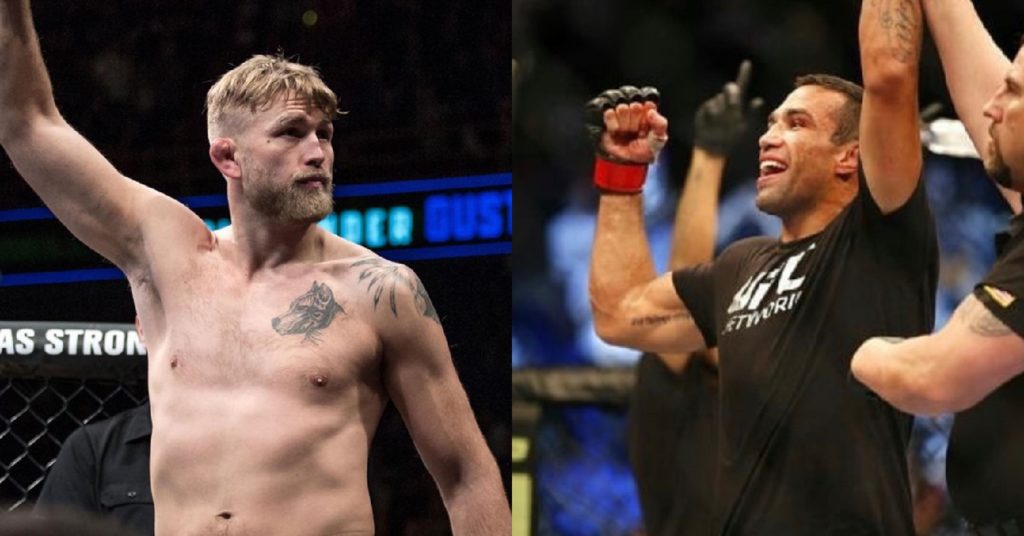 Alexander Gustafsson may be making his heavyweight debut against Fabricio Werdum at UFC on ESPN 14. However he claims to have already gotten the better of the former champ, during a sparring session nearly a decade ago.

Competing at light heavyweight, Gustafsson got about as close as one could to winning the title. However he would run into roadblocks, never quite capturing the belt, even after three tries against two opponents. This led to him making the decision to retire last year, following a loss to Anthony Smith.

Now just over a year and a half after his retirement, Alexander Gustafsson is set to return this weekend, at UFC on ESPN 14. Only this time, he will be moving up to heavyweight to face former champion Fabricio Werdum. Apparently the two had a pretty intense training session back in 2012, one that Werdum claimed to have gotten the better of. However speaking to media ahead of the fight, Alex claimed that it was the other way around, even going as far as to say he break Fabricio’s nose.

“He didn’t break my nose, I broke his nose,” Gustafsson said. “We had a good sparring. I went all in, him and me and it was a good sparring. I don’t remember who I was fighting back then, but I was in camp, he was in camp for a fight, but make history short, I beat him in that sparring (session). I beat him bad. Then he didn’t want to spar me no more.”

Regardless of how this training session may have gone, it was all the way back in 2012. The sport, as well as both Alexander Gustafsson and Fabricio Werdum, have vastly changed. Therefore it will be interesting to see how this fight goes on Saturday.