Gross. Ahead of UFC 191 an Anthony Johnson owned kennel is being accused of dog abuse

Rumbletime Kennels self describes itself as “Striving for perfection by creating quality dogs.”

The controversy originally found by imhungry4444 on Reddit, accuses Johnson of cropping his dog’s ears at home without the supervision of veterinarian. Cropping or trimming a dogs ear in any form is illegal in Europe but not banned in the United States. Within the pit-bull online community it seems to be a common practice but if it was done by an amateur at home and not veterinarian it would be frowned upon and deemed inhumane.

Link to the online petition is here and it reads

“Anthony Johnson owns a dog kennel where he participated in hacking ears off puppies. It appears the procedure is done in house by unqualified persons as the wounds are not bandaged.

While having a vet cut a dog’s body part for fashion is morally corrupt, it is not illegal. Mutilating dogs at home with a razor however, is.

I confronted Anthony about ths issue and he responded with:

“Didn’t know I can’t do what I wanna do with whatever I bought. Hmmmm that’s new to me!…” 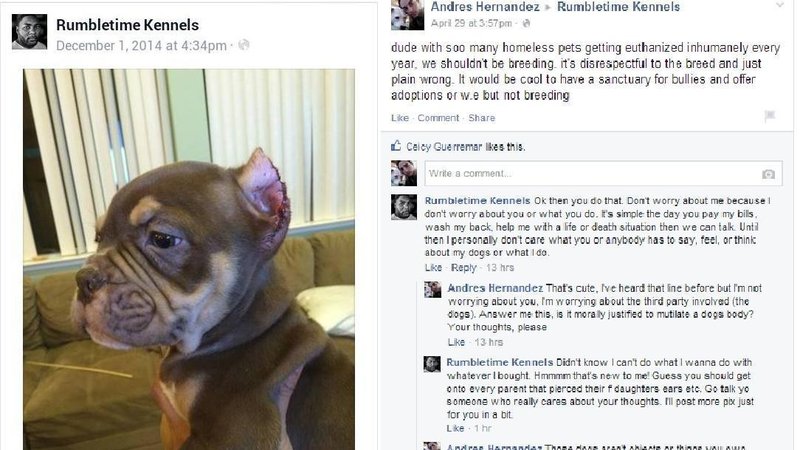 Before fight with John Dodson, Demetrious Johnson asked the UFC for a $2 million super fight
Read Next Post →
Click here to cancel reply.