Israel Adesanya Happy To Lose To ‘Classy Champion’ Jan Blachowicz, Has Message For Fans Jumping Off His Train

Israel Adesanya is taking his defeat to Jan Blachowicz with grace.

Adesanya failed in his attempt to become a two-weight champion when he was outpointed by Blachowicz over five rounds in the UFC 259 headliner on Saturday night.

While “The Last Stylebender” had his moments, he was ultimately edged out by Blachowicz who had a good game plan and used effective takedowns to secure the victory.

“Losses are part of life, and losses are something I deal with occasionally,” Adesanya said at the UFC 259 post-fight press conference. “Just, this is my first one in MMA. Yeah, but as they say, it is what it is.

“If I was going to lose to anyone, you know, what better guy to lose to than a guy like Jan — a classy champion, a cool dude, a very nice guy, a guy who has a great story himself. On his way to getting cut from the company, comes back and then dominates, becomes light heavyweight champion and then hands this guy, a future legend, his first loss. If I’m going to lose to anyone, I’m glad I lost to him.”

Adesanya Has Message For Bandwagoners

Adesanya went on to admit that Blachowicz had the better game plan and was the better fighter on the night.

His plan for now? Return to the middleweight division.

“No regrets,” Adesanya said. “Like I said, I feel like boxing or the boxing model has made it a bad thing to lose. Yeah, it sucks losing, don’t get me wrong but it’s not like the end of the world. Like I said, I’ve lost before in the past.

“… You’ll see me back at 205 later in the future. Right now, I’ve got a division I’ve got to dominate. I know what they’re going to be thinking ‘oh, that’s it, you’ve just got to take him down and then you’ve got him.’ All right, cool, bet, well I’ll remind them again why I’m the king of 185.”

As for all the bandwagoners who are turning on Adesanya? The middleweight champion had a message for them as well as his own supporters.

“Everyone who supports me, all my people, I appreciate you. I’m sorry,” he added. “I like to make my fans be proud when they say what I’m going to do, what I’ve already said being champ-champ or double champ or whatever. So I’m sorry I let you down but if you want to hop off the hype train, bro, get the f**k off the hype train.

“We’re just stopping for a little gas. Understand? You can get the f*ck off but if you want to stick with me, stick with me and trust me, I’ll show you a good time. It’s going to be a fun ride, alright? I appreciate y’all.”

You can watch the full post-fight press conference from Adesanya below: 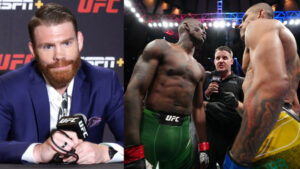 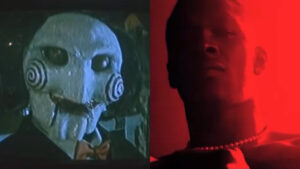 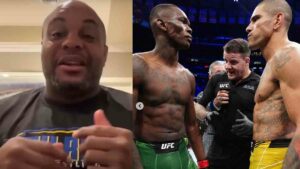 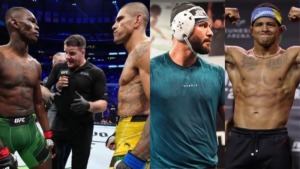