Adalaide Byrd. The Nevada State Athletic Commission allowed Adalaide Byrd to judge another massive title fight. It’s amazing. Boxing remains defiantly corrupt and/or incompetent even in the face of direct criticism. You almost have to admire the brazenness of it all.

During the GGG/Canelo superfight this weekend in Las Vegas, Adalaide Byrd was installed as a judge by the NSAC, and once again, she turned in a suspect scorecard. If you aren’t familiar with boxing/MMA judge Adalaide Byrd, she is the judge who was responsible for Leonard Garcia’s decision victory over Nam Phan at The Ultimate Fighter 12 Finale. How bad of a decision was that? Well bad enough that someone made six minute YouTube video just to complain about it. It was widely criticized by all major MMA outlets, including Bleacher Report, MMAFighting, Bloody Elbow, etc.

Adalaide Byre also turned in many more infamously bad scorecards other than Garcia/Phan. She was the only judge that had Amir Khan ahead in the scorecards against Canelo before Canelo won by KO. Also in 2008, she was the sole judge who scored Bernard Hopkins the winner in his loss to Joe Calzaghe. Despite these failures and numerous more, she is consistently assigned major fights in Nevada. But her latest 118-110 score for Canelo over GGG, in a fight where Canelo was universally scored the winner, is raising some serious eyebrows. Some have gone so far as to call it a “federal offense”. Judging of her caliber has put a major black eye on the sport of boxing as a whole, and continue to give credence to the idea that boxing is a corrupt sport.

How much proof do we need that Adelaide Byrd is a terrible, terrible judge? 118-110 for Canelo is absurdly bad. #CaneloGGG

But does the problem extend beyond just Adalaide Byrd? In another high profile Canelo fight against Floyd Mayweather, judge C.J. Ross turned in a 114-114 draw score card, which made the fight a majority decision. Interestingly enough, a lot of late bettor placed large wagers in Las Vegas sportsbooks on Floyd Mayweather to win exactly by majority decision. Coincidence? It must be. Does Oscar de La Hoya owe someone money? Why do controversial scorecards and suspect judging plague Oscar de la Hoya and his Golden Boy promotion like this? Of course, Oscar was quick to defend Byrd and her scorecard after the fight. I’m sure it helps that the score guarantees his fighter another shot at what’s currently the biggest payday in boxing.

But how is the rest of the boxing community handling this grossly incompetent or brazenly corrupt scoring in their sport? Well, judging by Teddy Atlas, not very well.

Even notorious circus act Stephen A. Smith, had harsh words for Adalaide Byrd. Watch this video closely, it made be the first and last time Smith says something that makes sense.

Even Manny Pacquiao (who was recently the victim of his own brush with corrupt/inept judging), felt the need to call out these judges.

Oh boxing, just when you do something good, you can’t help but fuck it all up.

Now, it seems like the Nevada State Athletic Commission will actually be punishing Adalaide Byrd for her score card. She is reported to have broke down crying upon hearing social media’s reaction to her scorecard. 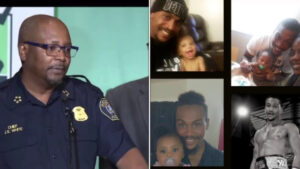 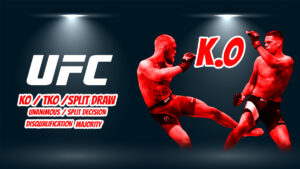 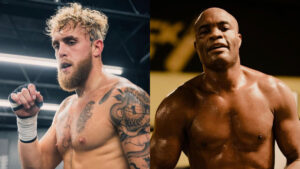