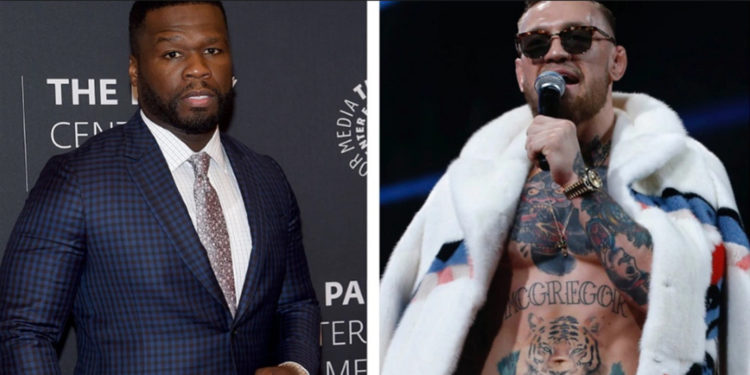 Conor McGregor is a very controversial fighter who likes to attack people with or without any reason. After calling Curtis Jackson, better known as a 50-Cent, “a bitch”, in front of a New York crowd last summer, the famous musician decided to attack him on social networks.

50-Cent was born in Queens. Unlucky for him, he is a close friend of The Notorious’ former boxing rival, Floyd Mayweather Jr. The two fought in a boxing match last year in Las Vegas, and Conor was not kind in the pre-fight press conference.

50 Cent says white people had to make “Rocky” to make a white fighter that’s better than a black fighter pic.twitter.com/N6Bp2jKHDK

Curtis prepared a brutal response, claiming he could beat Conor McGregor in a street fight. He also confessed that trash-talking Irishman is a very talented fighter, despite his inferior genes. (quoted by MMAMania.com)

“Conor McGregor is a talented fighter and all that, he’s talented for a white boy,” Jackson said on social media.  “But you know (plural word I can’t say) have superior genes when it comes to that kind of shit. In order for white people to have a champion, they had to make ‘Rocky,’ because they can’t actually do that shit. It’s just too much work.”

Let’s just say the post was deleted quickly… But unlucky for 50-Cent, nothing can disappear off the internet forever!

The video of 50-Cent racist rant goes around the internet now, getting hits on Twitter. The Notorious wasn’t able to shock the boxing world. He was defeated via TKO in the tenth round. The Irish superstar will surrender his lightweight title to the winner of the fight between Khabib Nurmagomedov and Tony Ferguson. Based on the things the Irish superstar does outside of the octagon, we doubt he cares!

A Lesson in Street MMA: If you yell Worldstar enough, a drunk person will do something violent

Watch: 50 Cent is still talking about fighting Rampage Jackson for some reason

Did Bellator MMA Pay $1 Million To 50 Cent For “Get The Strap” Phrase?!