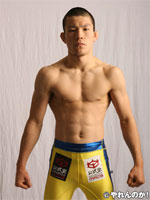 FacebookTwitterFlipboardRedditWhatsAppPinterestLinkedIn
There’s a lot of stuff that’s been going down at EVO 2014 so far. Street Fighter champion Daigo got bounced from the Ultra Street Fighter IV tourney on Day One, retro hottie Maya’s coming back to Killer Instinct, and all the EVO finals are today.
But that’s not even the biggest news.
According to world-famous gaming freelancer (and Japanese gaming expert) Heidi Kemps, Namco Bandai just leaked/announced Tekken 7. Amazing.
So, yeah, whoa. Tekken 7. At least now we know what all the hubbub was about.
We already gleaned a few other things, too. Like all the cool next-gen kids, Tekken 7 will run on Unreal Engine 4, so expect a huge graphical jump and lots of crazy crap going on with the fighting engine.
What we don’t know is whether or not Tekken will be out before or after Tekken X Street Fighter, which is still in the pipe. But we want it. We want it NOW.
For more MMA News, Rumors and Updates follow the Red Monster on Facebook, Twitter, YouTube and Instagram
FacebookTwitterFlipboardRedditWhatsAppPinterestLinkedIn