At one point, Nick Diaz didn’t like women fighting, according to women’s pioneer Gina Carano.

In a recent interview on The Joe Rogan Experience, Carano told a quick story about Diaz telling her that he didn’t like women fighting.

“I remember fighting on the same card as Nick Diaz. And he was sitting next to me and of course, I was just nervous because I absolutely adored him. Still do. I think he’s amazing. I just haven’t seen him in like a decade,” Carano said. “So, we’re sitting there before a fight having our post-weigh-in dinner and he was like, ‘I gotta tell you, I don’t really like women fighting.’ Obviously, he didn’t say that. He’s like, ‘I don’t like what you do, I don’t like women fighting’ and I was like, ‘that’s okay, maybe you’re just a little old fashion.'”

Carano continued, “I was like, ‘Do you think my dad likes us? Do you think anybody in my family likes me fighting?’ And he was like, ‘Oh, old fashion. Okay, so I’m just old fashion’ and I’m like, ‘Yeah, you just might be a little old-fashioned.’ And then he was like, pulling out my chair and opening my door – to the next level. He was so sweet. He just needed to be told it’s okay, you don’t have to like it. It’s old-fashioned.”

Carano only needed a few words to convince Diaz that it’s okay not to like women fighting, which ultimately shifted his thinking.

Women’s MMA legend Carano has been in the news lately because former UFC champion and Hall of Famer Ronda Rousey said she would unretire for one fight – Carano. And as of this week, Carano is open to the idea.

Will it happen? Probably not, but never say never in this crazy sport. 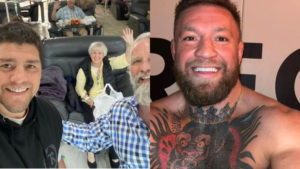 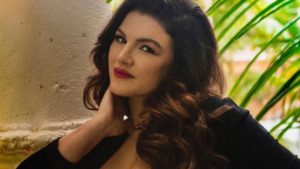 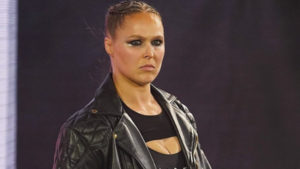 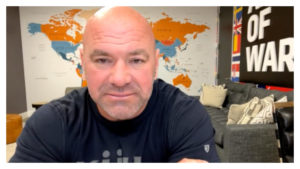