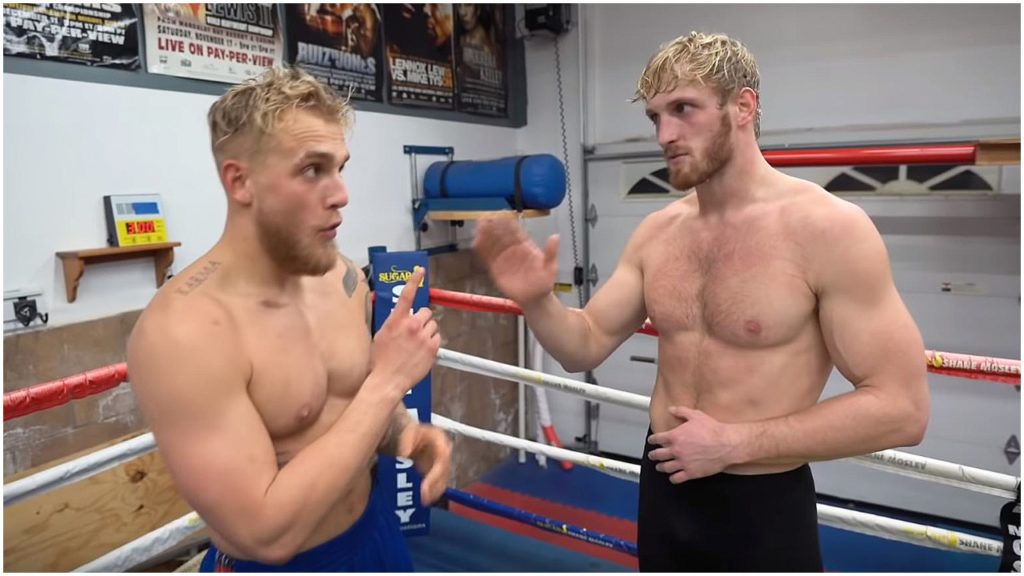 Even Jake Paul doesn’t believe that his brother stands a chance against Floyd Mayweather Jr in the boxing ring. In fact, Jake told the entire world during an interview that his brother is a clout chaser and is damaging the sport of boxing. Logan didn’t take nicely to the claims and is now challenging his own brother Jake to a boxing match to settle the debate.

Earlier in the month, Jake Paul was asked by TMZ Sports about his brother’s scheduled bout with Floyd Mayweather. Instead of having his brother’s back, he took the opportunity to be extremely transparent with the public.

“I wish him the best of luck. Just like — don’t get in there with a guy whos’ never even been knocked out. He’s been knocked down once and it was by accident.”

He continued by saying that he was the “real boxer” in their family. Furthermore, he compared their boxing records, subtly flexing to fans that he is 3-0 in the ring, while Logan is 0-1.

Logan responded to the statements from Jake by challenging him to a fight. Also, that Jake could be publically criticizing his brother in public to create drama.

“I fully support Jake,” Logan said. “Whatever drama he wants to stir or create, it really doesn’t bother me. Like, ‘Oh, you’re a fake boxer.’ Okay. Let’s box, because Jake is the kid that gets beat up by my sparring partners. That’s that kid.

“I’ve become like rubber sheet metal, dude,” Logan added. “In this fight, everyone’s saying a lot of things. And, for good reason. I’m fighting Floyd f**king Mayweather. So I’ve literally become immune to [everything], I’ve heard it all.”

Would fans pay to see Jake Paul fight his brother Logan on pay-per-view?