After Mike Tyson fought Roy Jones Jr, reports say that a fan tried to attack him and run awhile as Tyson signed autographs for LA fans.

“Iron” Mike Tyson is a much more peaceful man during these current times. In the 90s, no man would dare test Tyson with empty threats on social media if it existed at the time. And certainly, no fan would be dumb enough to try and start a physical altercation with Tyson. However, at the age of 54, a fan swung on Tyson and attempted to run away after Mike made his triumphant return to the sport of boxing.

Tyson vs Jones was one of the most anticipated fights of the night, going head to head against the UFC’s Vegas 15 card. The card was full of entertainment all across the board with performances by Wiz Khalifa, as well as commentary from the likes of Snoop Dogg and UFC middleweight champion Israel Adesanya.

After Tyson and Jones fought to a draw, many fans wondered what was next for Tyson. However, a rowdy fan couldn’t seem to keep their hands to themselves. According to TMZ Sports, a fan tried to attack Tyson while he was leaving the Staples Center and signing autographs for fans.

“When he walked over to do some signing, we’re told a man in the crowd yelled out to Mike … asking why he wouldn’t let the guy fight him,” wrote TMZ.  “Our sources say Mike jokingly responded, joking with the dude that it probably wouldn’t end well for him.”

Next thing you know, we’re told the dude swung at Mike … and then proceeded to reach into his waistband, as if trying to pull out a weapon. Our sources say Mike’s team jumped in right away before things got ugly.
We’re told the guy took off — and our sources also say some folks on Mike’s team recognized him from a previous signing, where they say he also tried starting trouble.

Whoever decided to attack Mike Tyson must have been intoxicated or under the influence. After all, even at the age of 54, Tyson proved that he still has the scary power needed to put a man down with one shot. At this time, it is still unknown who tried to attack Tyson. However, it’s been reported that the same person has tried this silly stunt multiple times. 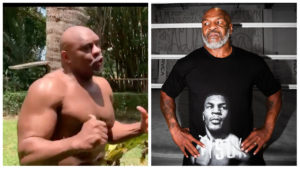 Bob Sapp Fires Shots At “Very Scared” Mike Tyson: “He Saw A Picture Of What I Looked Like” 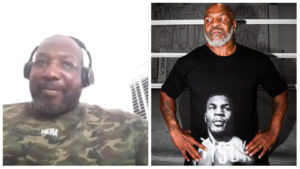 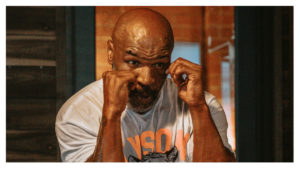