Arteaga put some dominant pressure on Macfarlane early in the fight. By the second round, Veta spent a good chunk of time to elbowing champ Macfarlane. However, in the third round, Ilima-Lei Macfarlane returned the favor and landed a vicious elbow on Veta’s forehead that sliced her open with a nasty cut. Blood was gushing everywhere. The doctor on cage-side ruled Arteaga unfit to continue the fight and gave Macfarlane a TKO win.

Check out below a gnarly pic of Veta Arteaga’s exposed skull:

Big elbow from the champ, @Ilimanator in round two. 💪💥 pic.twitter.com/sTAlCSajzk 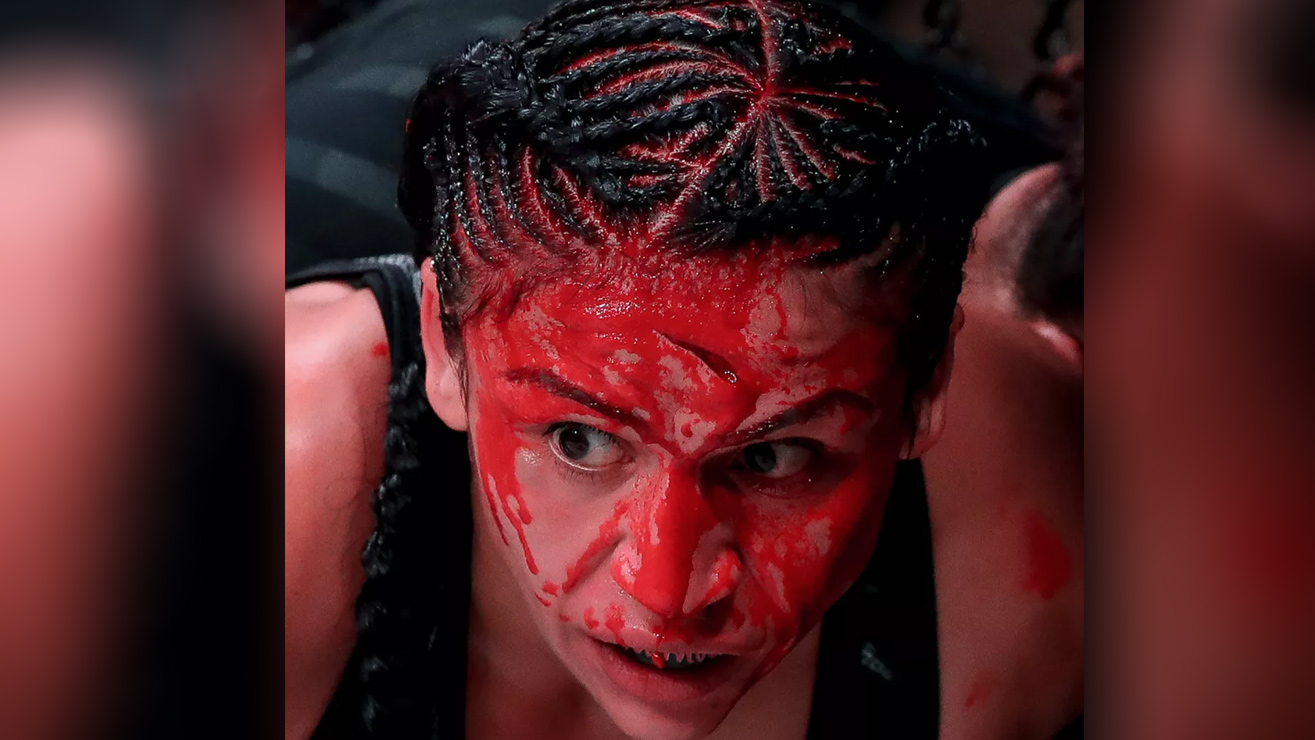 “When I landed that elbow, I heard … it actually sounded like bone cracking,” Macfarlane said at post-fight interview (h/t MMA Junkie). “But I didn’t even know she was bleeding until we stood up and saw the blood just pouring out.”