Juliana Velasquez achieved her 'destiny' last night when she defeated Ilima-lei Macfarlane to win the Bellator flyweight title. She then dedicated her victory to her late brother. 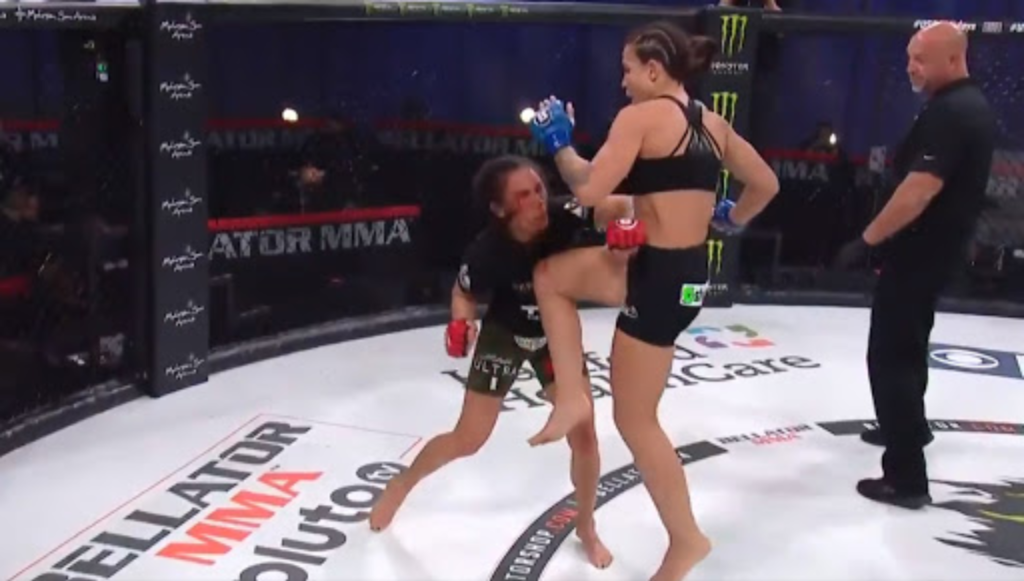 Last night’s Bellator 254 saw a little shake-up in the women’s flyweight division. Two highly skilled fighters faced off for the title in the main event of the evening. The champion Ilima-lei Macfarlane (11-1) was attempting to defend her title yet again. This time the Brazilian Juliana Velasquez (11-0) was on her path.

Velasquez looked in control for most of the fight barring a takedown from Macfarlane in the fourth round. Her height and reach advantage allowed her to keep her opponent from cutting the distance during the striking exchanges. It wasn’t long before Macfarlane started wearing the difference in striking skills on her face. After five rounds, Velasquez was awarded a unanimous decision victory (48-47; 49-46; 48-47) and declared the new Bellator Flyweight champion.

Here are the final 3️⃣0️⃣ seconds of round number 1️⃣.

💪 @Ilimanator gets the takedown late in round 4️⃣.

The 5️⃣th and final round of this title fight is up next LIVE on @CBSSportsNet in the 🇺🇸 and with @SkySports Mix in the 🇬🇧.#MMA #Bellator254 #Bellator #USOHolidays pic.twitter.com/S7isWHlm68

Macfarlane had the honor to be the first women’s flyweight champion in Bellator history. She was gracious in defeat and congratulated her opponent.

“She’s the champion, she deserves it.”

Velasquez was proud of herself for her performance and achieving her life-long dream of becoming a champion. She was also very emotional during her post-fight press conference. She has dedicated every single one of her Bellator fights to her late brother and this victory must have felt even more special.

“Ever since I got into the organization, I dedicated all of my fights to my brother. I have a tattoo of my brother on my left arm because it’s the most powerful, and I have a tattoo of an angel wing on my arm because I know he’s always with me. To be able to dedicate this win to him and know that he was here with me It was an indescribable feeling.”

With an undefeated record, a title to her name, and a win against a former champion under her belt, Juliana Velasquez could very well be one of Bellator’s next bright young stars. She now looks to defend her belt in a tournament at 125 pounds and prove her superiority in the division.

BJJ Fundamentals: How To Do A Triangle Choke
← Read Last Post