Jacare wants to smash Shields and calls Mayhem a clown 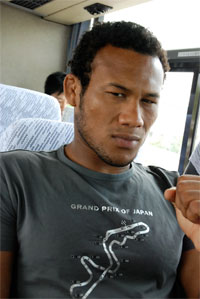 After Jason ‘Mayhem’ Miller called Jacare a ‘Vagina-Head Brazilian‘ after their NC in Dream, Jacare stated that he wasn’t going to get involved in a verbal war with Mayhem. Apparently the trust has just been urinated on. In an interview with adcombat.com, Souza makes a hilarious statement that’s entirely too rawesome to ignore:

“I am more than ready to step up and smash Shields. I think Jake Shields ground game is overrated and I will be more then glad to end his win streak and take his belt away. So Jake, you talk the talk, but can you walk the walk. If you can, let’s do it, I accept the fight against you right now. So what’s it going to be.”

“And I also would like to send a message to the clown Jason Miller, you made a huge mistake to follow me into Strikeforce…. Be ready, you are next on my list, after I finish Jake”

Not as ridunkulous as ‘Vagina-Head Brazilian but he’s definitely getting there. Now that Lawler doesn’t really want Jacare and the entire Shields vs. Mayhem is in some weird social-media limbo, a rematch between the two would be beyond perfect. I’m not sure where ‘beyond perfect’ resides, but wherever it is we know Bas Rutten is the designated gate-keeper. [Source] 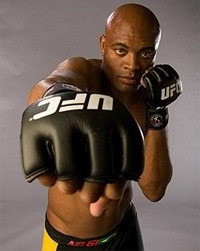 Anderson Silva is being repaired, will be out until 2010
Read Next Post →
Click here to cancel reply.