Rest in power Kid Yamamoto. At one point in time Norifumi “Kid” Yamamoto was the hardcore MMA fans fighter of choice. Before there were even true MMA pound for pound rankings, Kid was near the top of everyone’s personal list.

In Japan, Kid was a star in Shooto and K-1 Hero’s, with his celebrity getting as big as it could get, all without the help of Pride FC. Kid Yamamoto was a MMA trailblazer for his era and it’s safe to say that the sport will never see a similar career path play out again.

To celebrate the life and times of Norifumi “Kid” Yamamoto, here is MiddleEasy.com’s top ten Kid Yamamoto career moments before you knew who Kid Yamamoto was.

“Norifumi “Kid” Yamamoto attended Marcos De Niza High School as a foreign exchange student from Japan from 1992 – 1995 where he lived with coach Jim Weed. Nori comes from a wrestling family with his father representing Japan in the 1972 Olympic Games and his two sisters Miyu & Seiko both world champions in freestyle wrestling. After Nori won 3 state championship titles he began a career in mixed martial arts & kickboxing.”

The great David Castillo sums it up best

“Kid wasn’t a work in progress when he began his MMA career. He was obliterating people right out the gate. He even had a notable opponent early on to gauge his talent; political ombudsman, Josh Thomson. While the bout ended in a NC when Josh kicked Kid in the groin, Kid managed to make an impression. Josh was still a solid fighter even then, so early in his career, and it was incredible to watch a visibly smaller fighter effortlessly dominate the bout prior to the illegal kick.”

A natural 135er tooling a big 155er in his fourth pro MMA fight? Yeah, Kid was good at human cage fighting out of the gates.

We want our professional fighters to have an attitude about them. Kid was cut from a different cloth and fans loved him for it.

Already a bona fide star in Japanese MMA circles, because JMMA reasons, K-1 decided they would put Kid in a kickboxing match with Japanese legendary striker Masato. On New Year’s Eve 2004, Kid lost the decision but knocked down Masato clean and gained a ton of respect in the process.

There is no money in amateur wrestling. None. Even at the highest levels, Kid put money and his successful combat sports career on the back burner to chase Olympic gold. This goes for every entry of this top ten; but damn the balls on Norifumi “Kid” Yamamoto. During the Olympic trials, Kid would get injured and lose to 2004 Olympic Bronze medalist Kenji Inoue.

Rest in Peace Kid, thanks for the memories.

Bonus: This rare video footage of Kid’s first three MMA fights is too good not to watch. 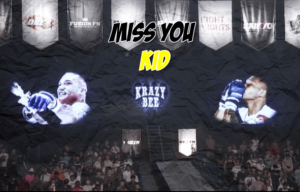 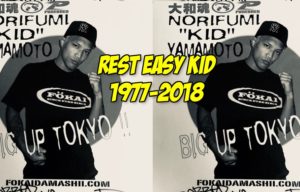 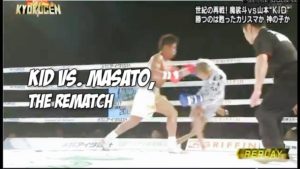 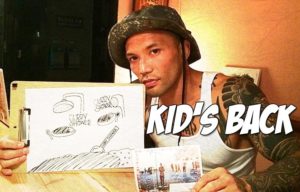