A Lesson in Street MMA: Don’t fight the guy who just KO’d two dudes in the span of 20 seconds 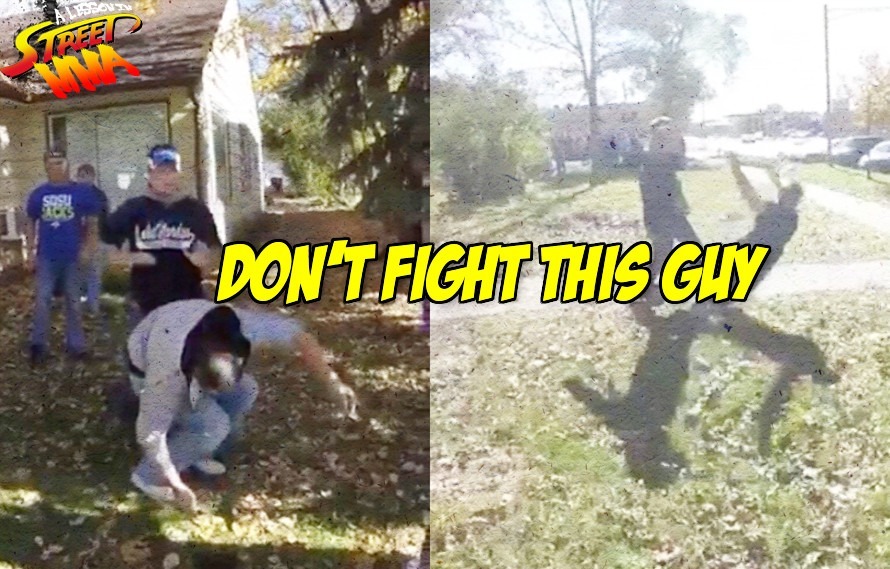 Stop trying to fight this guy. This is Lesson in Street MMA is brought to you by alcohol and hanging out in your front lawn. Front Lawn MMA is the wave of the future in Street MMA.

Also, don’t talk shit and ask to fight someone while your hands are down at your waist. Never ends well. Ever.

Also, seriously don’t fight the guy who knockouts two grown men in the span of 20 seconds. As the first guy is still face down in the grass another appears out of nowhere with a bull rush.

Hands down, head out bull rush that gets him KO’d on the walkway.

Protect yourself at all times pic.twitter.com/uVPQhhTCjH

Don’t fight this guy. Ever. Bonus points for the buddy who “woo’d” after each KO.