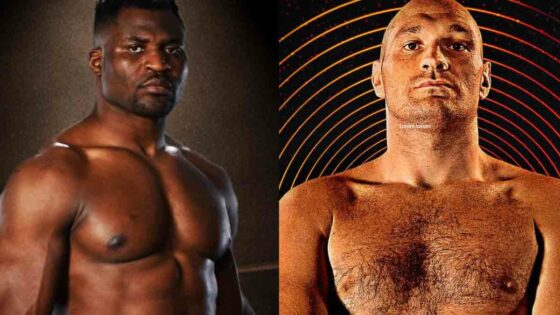 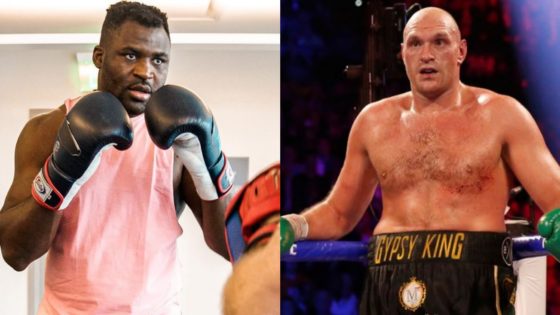 Francis Ngannou gives fans an update on his contract talks with Tyson Fury. It has only been a few weeks since Francis Ngannou left the UFC, relinquished his heavyweight title, and set out to test free agency. Since his departure, he has expressed interest in making a move to boxing and has had a few 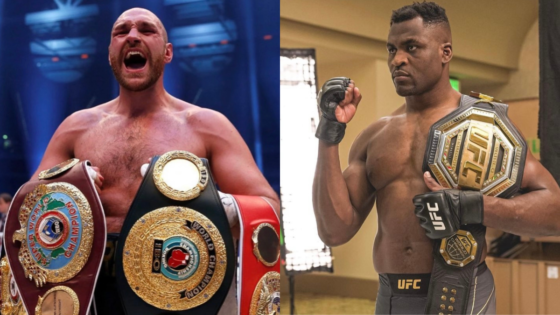 Tyson Fury confirmed he’s still interested in fighting Francis Ngannou.  One of Ngannou’s primary reasons for leaving the UFC was his interest in professional boxing. He was rumored to potentially fight Fury, including an in-ring promotion with both heavyweight champions. ‘The Gypsy King’ started to re-focus on fighting Oleksandr Usyk, which created concerns about the 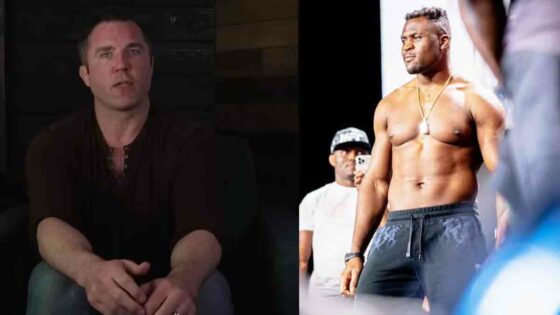 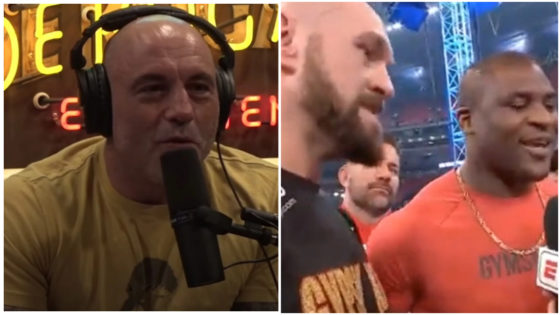 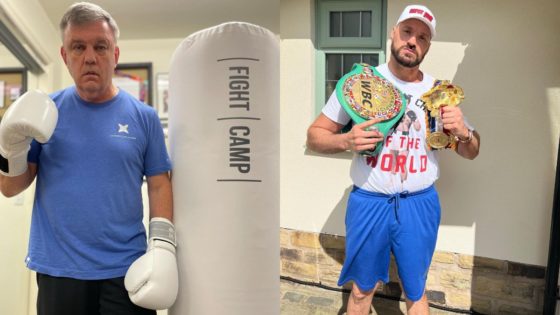 Renowned boxing trainer Teddy Atlas shared his opinion on Tyson Fury’s knockout win over Dillian Whyte and the possible showdown with Francis Ngannou. Fury entered the boxing ring to put his WBC and The Ring Heavyweight Titles on the line against Whyte. The championship fight was held inside Wembley Stadium on April 23. In the 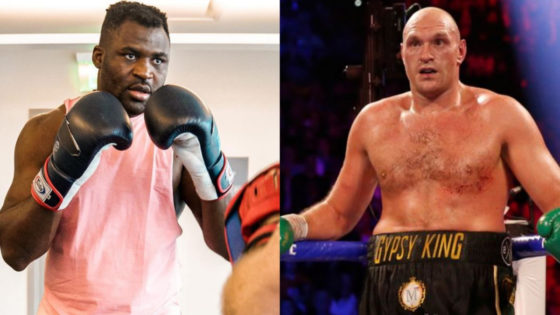 Francis Ngannou is convinced that he’ll eventually go one-on-one with Tyson Fury. The general consensus is that Fury is the best heavyweight in boxing. He is the WBC and The Ring Champion and he’s fresh off a sixth-round knockout victory over Dillian Whyte on April 23. While the “Gypsy King” hasn’t announced his retirement from 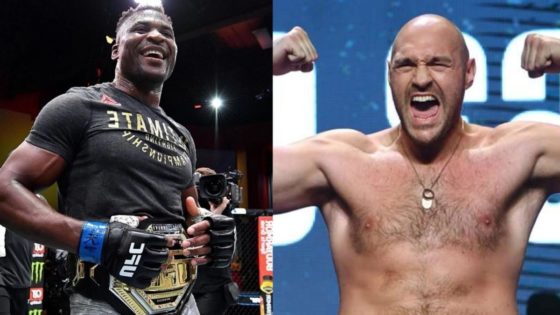 Should Francis Ngannou vs. Tyson Fury happen, it won’t be like a typical MMA vs boxer fight. Ngannou and Fury have been teasing a potential fight with each other for well over a year now. Things got even more serious when following Fury’s win over Dillian Whyte last night, Ngannou entered the ring and the 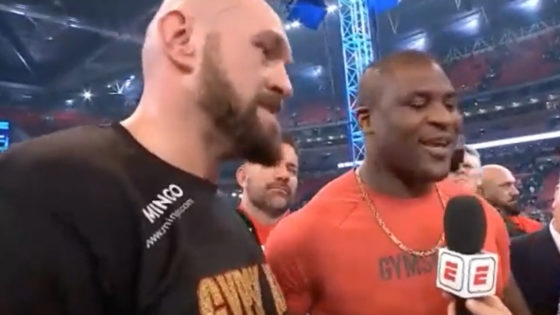 In a surprise appearance, UFC heavyweight champion Francis Ngannou appeared in the ring after Tyson Fury scored a devastating knockout win over Whyte from London, England, on Saturday. When he knocked out Whyte, Tyson indicated he may be retiring from boxing, however, he welcomed the opportunity to meet with Ngannou, who suggested the fight could 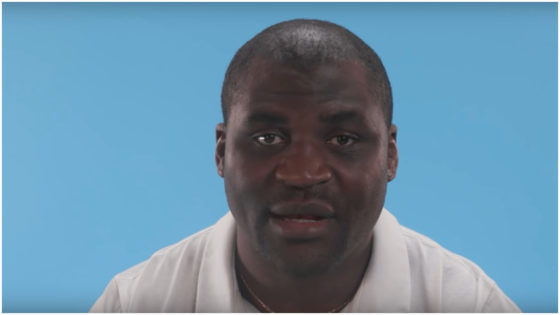 Francis Ngannou did not mince his words regarding a potential fight with Tyson Fury. Ngannou is currently recovering from knee surgery after defeating former teammate Ciryl Gane in January at UFC 270. ‘The Predator’ completely tore his MCL and had damage to his ACL, and on Thursday, he gave an update via his own YouTube

UFC President Dana White thinks it isn’t a good idea for Francis Ngannou to box Tyson Fury. Ngannou has long made it clear that MMA wasn’t his first love. The reigning UFC Heavyweight Champion initially took an interest in boxing before finding out about MMA competition. While Ngannou has thrived inside the Octagon, he’s hoping 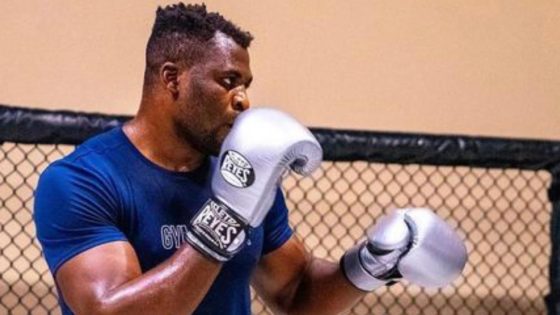 Tyson Fury has given his take on the gap between Francis Ngannou’s pay in the UFC and his own pay. Fury is the reigning WBC and The Ring Heavyweight Champion. Ngannou holds the undisputed UFC Heavyweight Title. Despite being champions, there is a massive disparity in pay between the two. Fury will be making $29.4 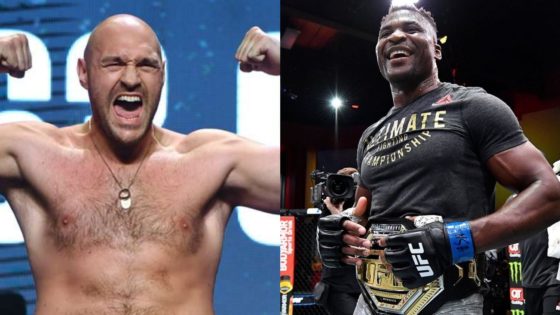 Tyson Fury On Boxing Match With Francis Ngannou: ‘Whoever Lands First’ Will Get Knockout Win 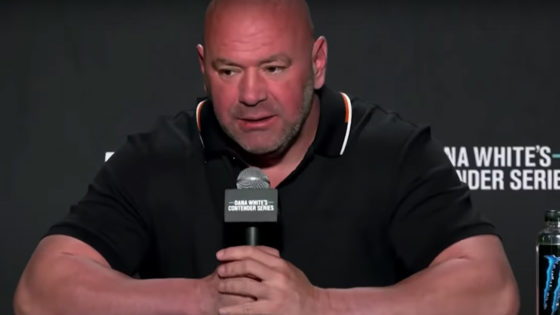 UFC president Dana White was not surprised that Tyson Fury recently called out Francis Ngannou. Ahead of Ngannou’s heavyweight title defense against Ciryl Gane at UFC 270 next week, the WBC heavyweight champion called out Ngannou and asked fans what they’d think of them boxing with UFC gloves on. Ngannou was open to the prospect 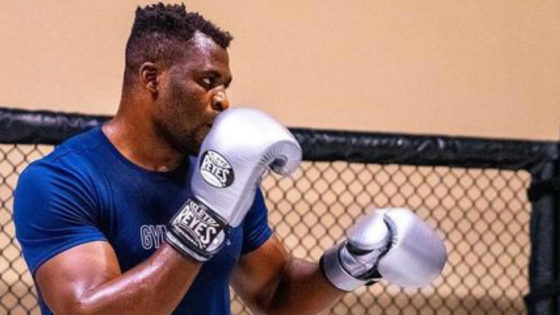 Francis Ngannou holds some serious power in his punches. The current UFC Heavyweight Champion has proved that time and time again inside the Octagon. Since losing to Derrick Lewis back in 2018, Ngannou would win 5 straight fights by KO. He looked unstoppable with no adversity at all in these fights. ‘The Predator’ looks to