Sure we’ve sponsored DaMarques Johnson in the past, but this time it’s on the biggest stage MMA has ever encountered. UFC on FOX is expected to shatter the existing viewership numbers for an MMA event which is currently held by EliteXC, CBS and most importantly — Kimbo Slice. To sponsor a guy fighting on FOX, the same network that airs Family Guy is a massive honor.

Wait, so you’re telling me that FOX is only airing one fight tomorrow, even if it lasts 10-seconds?

Well, damn. There goes MiddleEasy’s hopes for being launched on a large television network. I guess we’ll just have to keep pitching our television script that one network has already turned down and the other seems to be too polite to tell us ‘no.’ Regardless, check out DaMarques Johnson’s fresh new baby blue fight shorts with the MiddleEasy logo on the front.

Be sure to watch DaMarques Johnson’s fight against Clay Harvison which will air internationally, free of charge on Facebook. Be sure to follow DaMarques Johnson on Twitter while you’re at it. Besides, your Twitter timeline needs an improvement anyway.

And here’s a picture of his pretty slick banner. 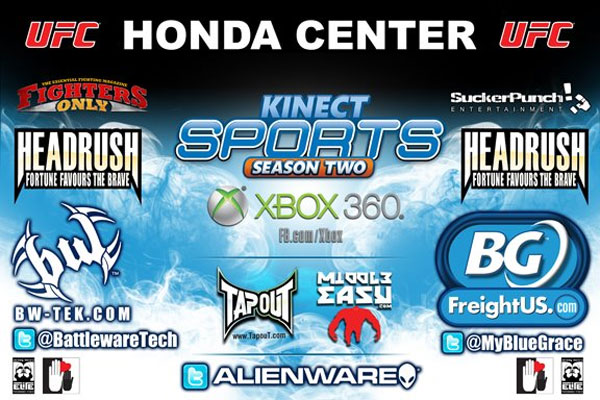