Social media sensation Hasbulla Magomedov may be competing against his rival Abdu in a UFC Octagon if reported leaked DMs turn out to be the real thing.

UFC president Dana White may be ready to cash in on the star power of Hasbulla Magomedov.

Hasbulla was recently a special guest at UFC 267 this past weekend where he got to meet with White and even appeared inside the Octagon following Islam Makhachev’s victory over Dan Hooker.

The face of the fight game Hasbulla with the boss @danawhite 👍#UFC267 pic.twitter.com/JXWFF3nZ4u

Not one to shy away from the headlines, Hasbulla also got into an altercation with his rival Abdu Rozik with the former landing a kick on him as they had to be separated.

White was all in all, amused by the whole encounter:

“That was funny. I don’t know what the deal is with those two, why they don’t like each other,” White said while laughing at the UFC 267 post-fight press conference. “…Yeah, it happens. It’s a rough business.”

White, however, now appears ready to make a fight between the pair of rivals happen inside the Octagon.

That’s going by his reported leaked DMs with Asxab Tamaev, an MMA fighter from Russia who notably features in many of Hasbulla’s videos:

“Hey man what’s up u good?… we’d like to see Hasbulla and Abdurozik in UFC officially, can we do it somehow?… can u share your telegram acc?” White messaged Tamaev. 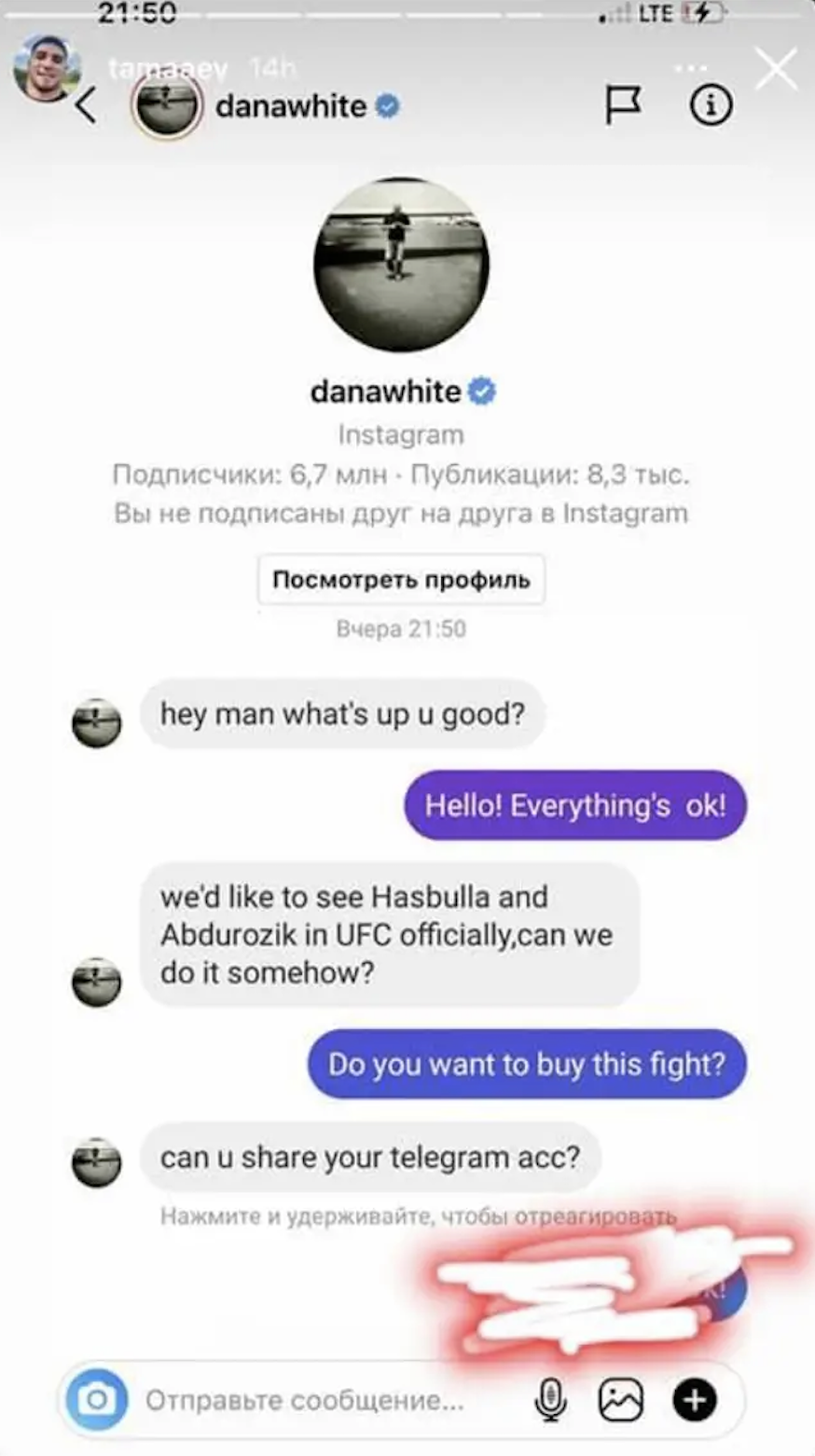 Of course, there’s the whole matter of whether these are genuine DMs or not.

If they are, this would be a genuine surprise even by the UFC’s standards though White did reveal he had a meeting with Hasbulla planned.

One thing is for sure — they will almost certainly be receiving backlash if they go ahead with it.