Despite their fight getting called off twice now, White revealed Edwards vs. Chimaev is still the plan for now. 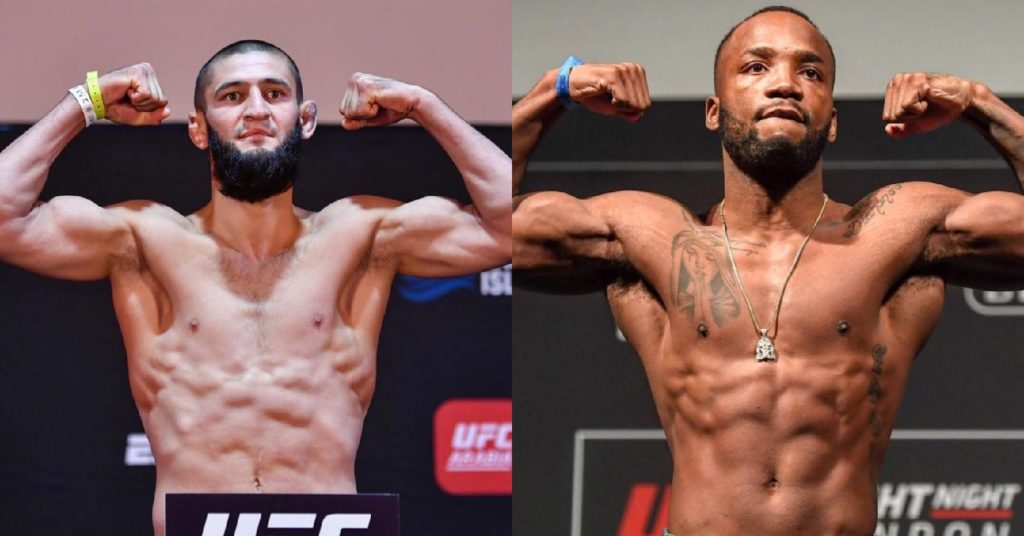 Fans will get to see Leon Edwards vs. Khamzat Chimaev very soon.

The pair were initially booked to face each other in a welterweight bout in the UFC Vegas 17 headliner last month. However, Edwards had to pull out due to a positive COVID-19 test.

The fight was then rescheduled for UFC Fight Island 8 taking place January 20 only for Chimaev to pull out this time due to lung issues following his own positive COVID-19 test.

Edwards was looking to remain on the card and even offered to fight one of Neil Magny or Michael Chiesa.

However, that didn’t end up happening as Chiesa vs. Magny was promoted to main event status while Edwards was no longer competing on the card.

White: I Love That Fight

The reason for that is because the promotion seems to be very high on the matchup with UFC president Dana White revealing they were working on turning that fight around as quick as possible.

“That’s the fight to make,” White told ESPN in a recent interview. “I love that fight. They both already agreed to it, so we’ll get it figured out. We’ll turn that around as quick as we can. Just want to make sure both guys are healthy; both guys had COVID.”

Edwards vs. Chimaev is still in the plans 👀

It’s certainly one of the most intriguing matchups out there simply because we haven’t seen the impressive Chimaev tested against a truly top contender before.

Either his hype train will crash or he’ll end up becoming the real deal with a win over Edwards and fast-track himself to a title shot.

Hopefully, the third time is a charm.

Dan Hooker To Remain In Quarantine For A Month Following UFC 257
Read Next Post →
Click here to cancel reply.