We have the court papers for Nick Diaz’s lawsuit against the NSAC, and it doesn’t look so good

The last time Nick Diaz fought, Penn State had a controversy-free football program, the queen of disco, Donna Summers was still alive, and LMFAO was still an actual pop group. When he tested positive for marijuana metabolites after his February 2012 fight against UFC interim welterweight champion Carlos Condit, Diaz’s attorneys tried to infiltrate that treacherous labyrinth known as the Nevada State Athletic Commission rule book and discover a method of shortening (or even removing) his suspension. Diaz’s camp went after the NSAC again after seeking the ‘first available court date for a review of the (NAC’s) decision with the goal of getting back in the cage before the end of 2012.’ Now that we’re in 2013, their legal move obviously didn’t work.

Now in this newly uncovered document, it appears that Nick Diaz’s lawsuit against the Nevada State Athletic Commission has been denied and dismissed. Don’t worry, Diaz is still slated to face GSP at UFC 158. It’s just proving that according to the state of Nevada, the NSAC was acting in accordance with the law when they suspended Nick Diaz from all MMA activity in 2012. 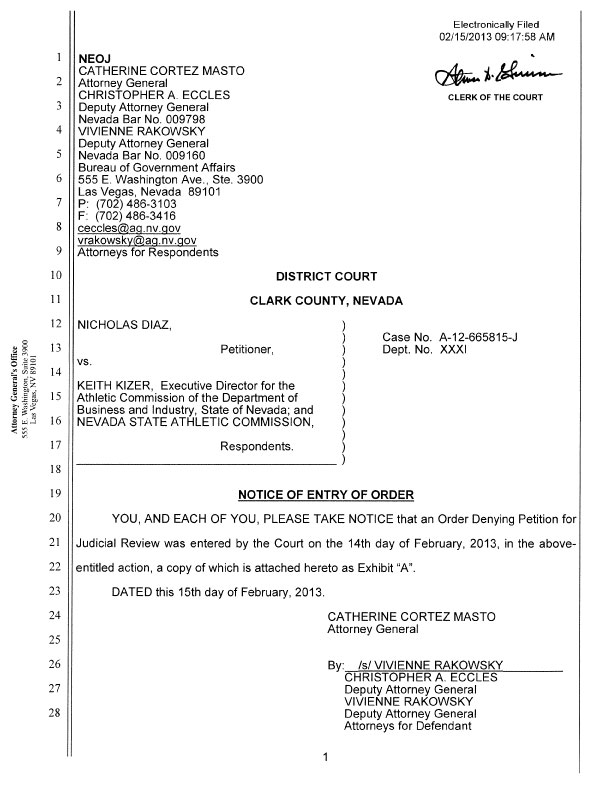 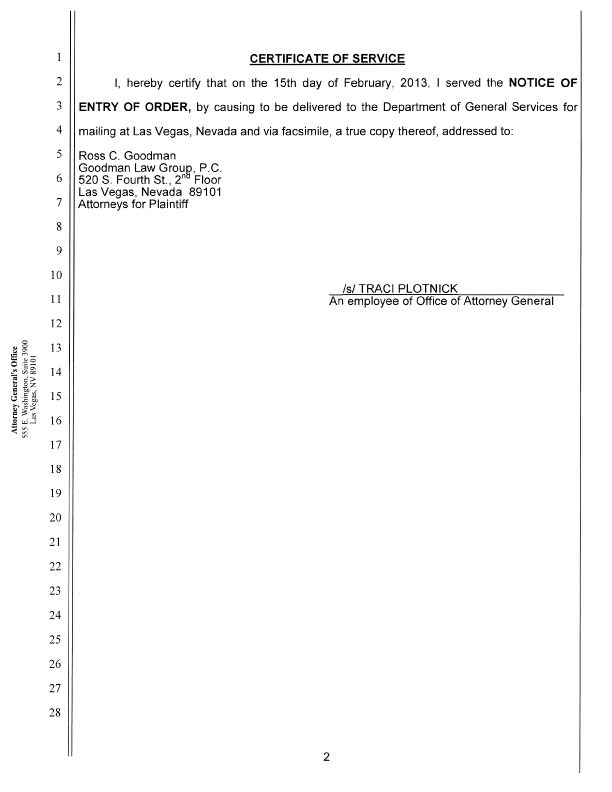 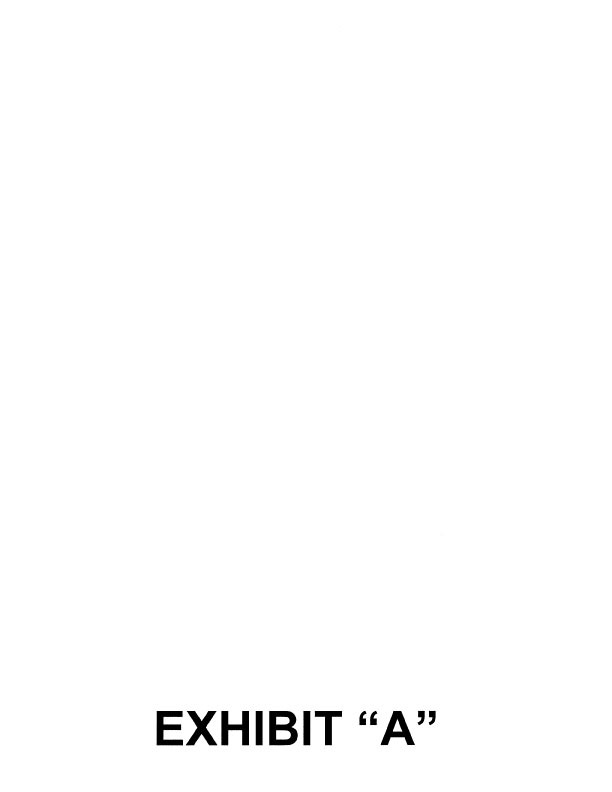 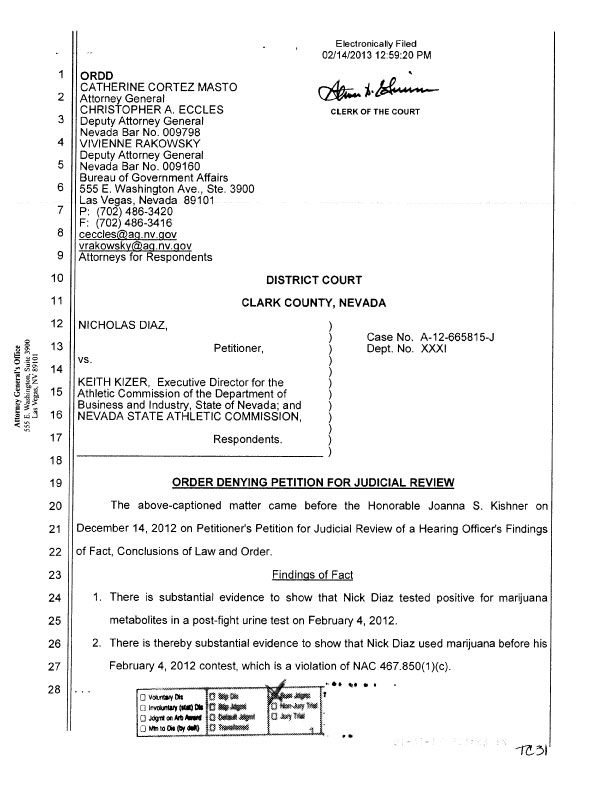 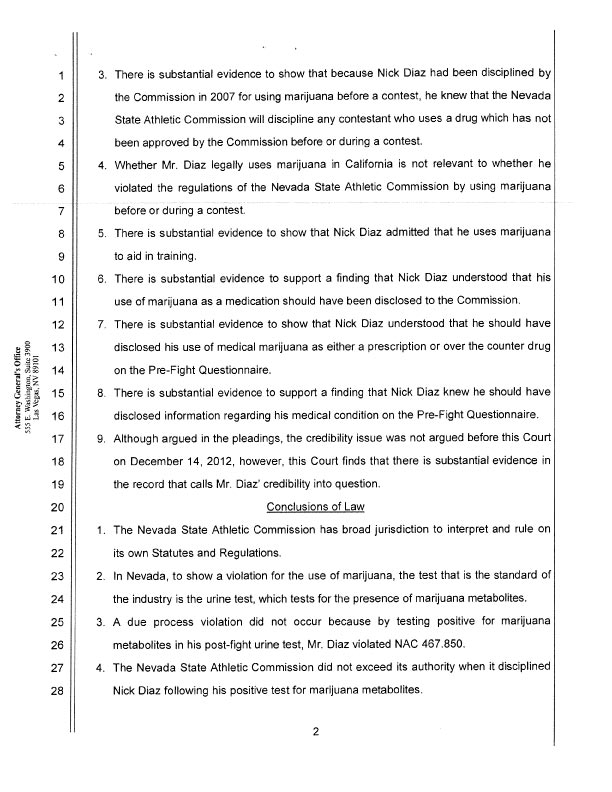 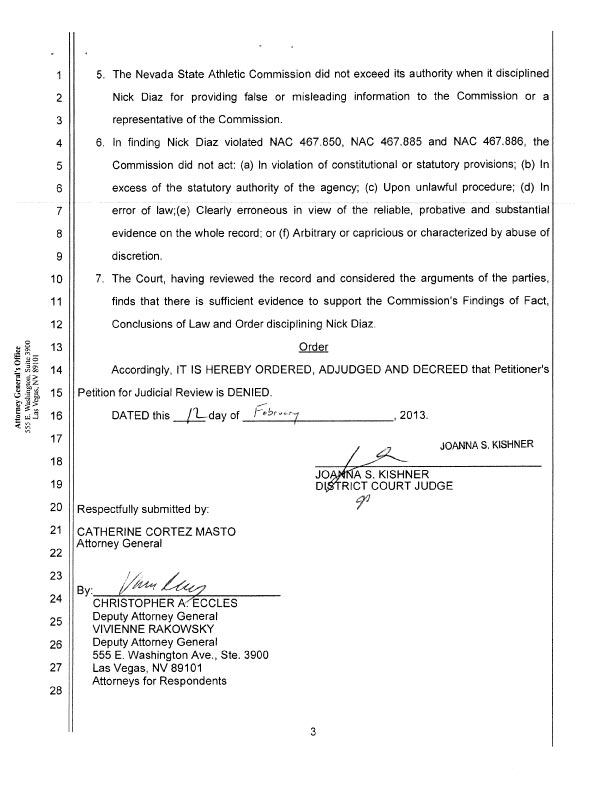 You can tell who's a blackbelt by this dojo's reaction to the Russian meteor explosion
Read Next Post →
Click here to cancel reply.