If you ever take the time to look up all the stupid laws in your state you’d find that women are legally allowed [Editors Note: and encouraged] to walk the streets of NYC topless, provided it’s not being used as a business. However, it’s unlawful to wear “body hugging clothing”. Even ‘flirting’ can legally get you slapped (with a $25 fine). Believe it or not, if you browse some of the Southern States and their respective ‘special’ laws, they get even stranger and less explicable.

Of all the wild happenings in New York City, somehow MMA is still publicly frowned upon (and illegal). In a city with nearly 5000 bars and just about 5,000 bar-fights every night, it would seem that New York has a moral dilemma with sanctioning MMA. Besides collecting tax revenue to help alleviate that $54,500,000,000 in state debt, people like NY Assemblyman Bob Rielly continue to lobby against the sport insisting it’s no different than cockfighting.

New Yorkers are generally pretty creative people, and they often find ways to get around stupid legislative interferences like this one. The folks over at No Mas have been long-time supporters of underground boxing culture and it’s subsequent influence on society. They’ve been slowly turning their focus towards MMA in recent days; particularly the depths to which local fighters go to participate in a sport their state won’t allow them to. Check out this short video they created showcasing NYC’s Underground Combat League.

Some of these fighters have been participating in underground fights like these for the past decade for no prize money or recognition. They do it merely for the love of the sport. This community is relatively close knit and it’s been kept behind closed doors until now. If this video proves one thing, it’s that MMA brings people together like Thanksgiving, except instead of eating turkey and wearing corny sweaters, they beat each other up because it’s the only thing they want to do in their free time. The longer the folks in Albany keep alienating MMA as ‘unfit for society’ – the longer that enthusiasts will continue to participate in underground events like these. Although underground MMA is rawesome…legalizing the sport can get these fighters paid, keep them safer while they compete, offer you a front row seat, and give Uncle Sam more of what he loves most (your wealth & livelihood). 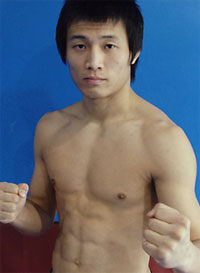