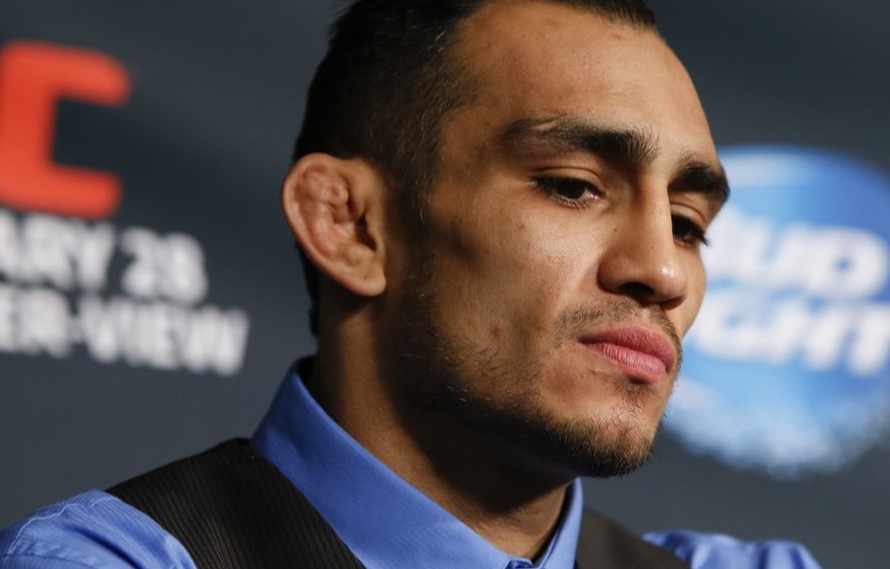 On Feb. 19, police conducted a welfare check on Tony Ferguson after he made unknown threats, and his wife and son left their house, according to a separate police report. Police spoke to an unidentified female who stated Tony Ferguson had “not slept for three days and was tearing apart the home” and “broke apart the fire place and believed someone placed a (computer) chip in his leg.” An unidentified male who’d called the police said the fighter had told him “someone was inside his walls.” Nearly two hours after the police made contact, Cristina Ferguson told police her husband’s trainer couldn’t get him to leave the house to see a doctor.

According to the report, Cristina filed for the order on Wednesday, with a subsequent hearing the same day. An investigation will take place March 22nd, with a hearing on April 5th.

This has come after a series of domestic violence related incidents taking place in the Ferguson home. According to police reports obtained by MMAJunkie, there have been three incidents in the last month alone. Details on the specifics are hard to come by, as most of the reports are redacted. However, the details that are known contain some disturbing claims from Ferguson.

Among other things, there were reports of Tony “not having slept for three days,” and believing he “had a computer chip in his leg.” There were several comments on threats made by Tony Ferguson. The police have even been informed to respond with multiple units, being advised Ferguson owns a taser.

Ferguson has always been known as a bit eccentric, however these details are incredible unsettling. The former Interim Champion is on an incredible 11-fight win streak, not having lost since 2012. A possible bout between he and Max Holloway was recently discussed, however the bout did not materialize. When asked about this, Dana White cited “personal issues” holding back Tony; perhaps this ties in.