International Fight Week is here, which means UFC 175 is upon us with two title fights in the UFC, one in the World Series of Fighting and a BJ Penn/Frankie Edgar fight on Sunday. What does that mean for your weekend? Predictions, of course.

Of course I want Machida to win, but I would also love to see Chris Weidman go on a tear, prove me wrong about his Anderson wins being flukes and go on to make weird jewelry store commercials for years. When it comes down to it, just give me a good fight, MMA Gods, and I’ll be happy. But if I had to pick? Machida with a third round KO.

God, this fight. I don’t even know. Look, any doubts I had about Chris Weidman were addressed in the second Anderson fight. It was clear that Anderson was bested when he was on the ground getting his face pummeled in, even if he got up from that. That being said, I feel like we are coming upon a new MACHIDA ERA. The last Machida Era was just too brief, with no official edicts passed down and no ceremonial dragons. Lyoto is tough to take down and he’s hard to hit. He’s not going to fool around like Anderson and he’ll probably be able to piss Weidman off. Then again, a perfectly placed Ray Longo Knee Destruction(TM)could put an end to a Machida Era before it has even begun. Damn.

Machida at Middleweight is a scary thing to behold. He was already smashing some of the best dudes at 205 and looked small doing it. Now that he’s at a more natural weight class I think we might actually be entering The Machida Era (TM)… for real this time. The only way I see Weidman beating the P4P best urine drinker in MMA is with his patented Knee Destruction technique. Nobody, not even Lyoto Machida, can withstand The Destruction!

Lyoto is easily the best fighter Chris Weidman’s fought not named Anderson Silva. I smell a lot of too-close-to-call rounds that end up in a split decision for “The Dragon” and a new pound-for-pound champion. ‘Pretty sure the Vegas crowds are also going to boo whenever Machida evades, because Vegas sucks.

I want to say that the smart money is on Weidman, but making predictions based on that criteria has rarely, if ever, worked for me in MMA. Honestly, the worst thing about this fight happening on 4th of July weekend is that whoever watches it will be bombarded with xenophobia masquerading as patriotism via the obnoxious “U-S-A! U-S-A!” chants. I’ll put the over/under at :45 seconds into the first round before they start. Any takers? Back to the point. I don’t see this fight going as easily for Weidman as his two bouts with Anderson Silva, and with Machida seeming like his old self at 185 this could be a long night for Weidman. Machida by TKO.

When Anderson Silva lost the first fight, it just made me sad, and my life entered a downward spiral. Whether or not it’s related to that loss, I do not know, but I’m still blaming Weidman. I think he’s too slow and won’t be able to solve the puzzle of Machida. Machida’s much more varied in striking; doesn’t get taken down easily, and if he does, he pops right back up; finally, he has a better gas tank. So, put two and two together, and I choose Machida.

Joel hit the nail on the head. I don’t think I’ve watched a live UFC since Anderson’s leg break. As a result, my life has been worse. I am really hoping that Machida pulls off a victory here. I can see his movement and speed being the key factor here. Groundbreaking stuff, but that’s how I call it. Decision victory for Machida.

Layzie the Savage is a good friend of mine and I write for Middle Easy so I’m going to pick Ronda and welcome a flood of tweets about how I’m a kiss-ass at my Twitter, @Shamownage.

Look, alright. Damn, I used “look” for the Weidman/Lyoto fight, so you don’t want to hear that anymore. Okay, I get it, you hate me. That’s fine, I don’t need you anyway. I’m a bird and I’m free. Ronda via armbar in R1. And this bird you cannot change.

I can’t bet against Ronda, ever. She could be fighting a Minotaur and I’d be inclined to pick her. So, I’m picking Ronda by second round stoppage, because she’s been looking like a beast in training.

Davis is the most-well rounded fighter Rousey’s fought because Davis isn’t really “great” at any one thing. Rousey, on the other hand, is a world-class master of a dedicated specialty. Rousey wins while maybe going to a decision for the first time in her career.

Davis isn’t a bad fighter, but this is a classic case of the UFC trying to convince its audience that the challenger is a legitimate threat to the champion; which Davis just simply is not. This could also be the UFC trying to convince the MMA world that their ranking system is legit. Again, it simply is not. Rousey has been working on her striking game, and as evidenced by her TKO victory over Sara McMann, its definitely improving. Davis has never lost by submission, which makes this fight even more fun. Rousey by submission. 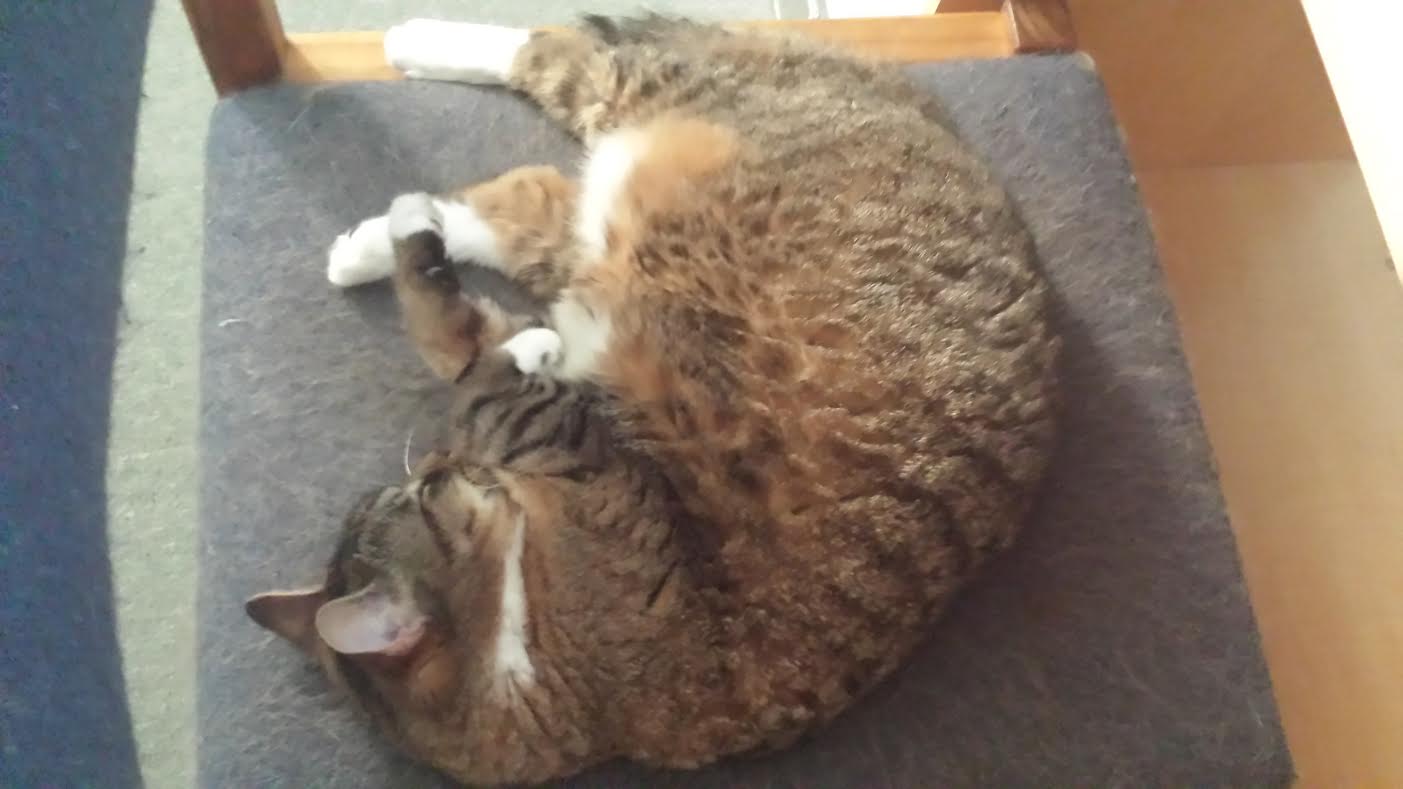 It makes no sense for World Series Fighting of 11 to be combating UFC 175, but I’ll accept my duties and predict an outcome. I didn’t believe in Nick Newell for the first few years of his career, now I can’t believe Nick Newell. He’s an incredible talent, and there’s few things I’d like to see more than for him to win the title on NBC.

Nick Newell is a fighter who has one arm and he’s still been able to do amazing things. That’s great, we all love happy stories. This probably won’t be a happy story, though, because Gaethje is the most legit guy that he’s ever fought, making this the biggest test of his career outside of not having two arms. I don’t see Newell winning this, meaning that the feel-good story might come to some sort of end. At least Brock Lesnar won’t through him down a flight of stairs as he apt to do with limbless men. Brock Lesnar rules.

Every time Nick Newell fights I pick against him and every time he proves me wrong. I still believe that it’s just a matter of time until he faces someone that’s way too much for him to handle without the use of his second arm. I’m honestly amazed he hasn’t been completely smashed yet. So I’m going to pick Gaethje and hope that Newell can continue to prove me wrong cause it’s pretty awesome to see him win.

Newell’s a one arm fighting machine, and has proved that the arm doesn’t matter. But Gaethje is also a fighting machine. I expect fireworks, but I think Newell might be able to get the ‘W’ by submission.

I wish I was cool enough to know who either of these guys are but I’m really not. Let’s say the one-armed guy wins because that’s a cool story.

Gaethje’s extremely capable of hurting Newell badly, and the Internet will probably explode with “One-Armed Fighter Brutally Beaten in Octagon” articles. It’s not gonna be a good look for the sport. I’m anticipating a stoppage by Gaethje and many GIFs.

Fights between two undefeated fighters are always fun. Unless they aren’t. See, much like when contenders shoot up through the ranks and make a name for themselves due to their ferocity, only to flutter when they get into a title eliminator because they are more concerned with winning than fighting; the same can often happen when someone’s O has got to go. With 22 fights and only 1 decision between them, Newell and Gaethje should be an absolute beauty. SHOULD BE. What will happen is anyone’s guess at this point, but I’m going with the champ on this one. Gaethje by decision.

And then on Sunday we have the TUF 19 finale with BJ Penn taking on Frankie Edgar for a third time. I hate this fight unless BJ wins. If Baby Jay comes out victorious, then I’m thrilled it happened. For now, I hate this fight, because I think BJ will lose again.

Sometimes expressing my disdain for Frankie Edgar is difficult because I do have logical arguments for it, but my favorite one is that I look at his face and I want to punch it. I dislike Frankie Edgar’s face. In truth, I think that I really dislike how Frankie Edgar can’t win a fight decisively and was so crazily hyped up by Dana and the UFC at a time when people actually went along with whatever they said as opposed to just laughing it off. Frankie Edgar was a product that they were selling as the best in the world when he wasn’t the best in the world, plain and simple. He’s still a fine fighter and very talented. I love BJ Penn but will this be a motivated BJ Penn? Will it be an unmotivated BJ Penn? Is BJ Penn playing with big rocks in the water again while his brother shouts at him? I sure as hell hope so. I think that Frankie wins but I say that with a heavy heart because I like BJ.

Fuck Frankie Edgar forever. BJ Penn is the man. Shamown. (nah but seriously, I love BJ Penn and wish he wouldn’t have taken this fight. If it’s anything like the last fight I will smoke half an ounce of medication in a 30 minute period and my palms will be dripping with sweat. It’s gonna suck.)

Franke will probably win, but I choose BJ by submission. I just want him to ride off into the sunset with at least one win over Frankie.

Frankie Edgar fights like BJ used to back when he smashed Caol Uno. I don;t really know how BJ fights now, but I’m putting money on him to win this one, because then he can retire in peace.

Does anybody out there really want this fight to happen again? What does it prove? What does it matter? If Edgar wins, everyone will just sort of collectively groan and accept that their time has been wasted. If Penn wins, we get to hear the UFC announce team declare that he has gotten his vengeance, despite being down 2 fights to 1 (Think Rampage/Wanderlei). What’s left for Penn to prove at this point in his career? Now, if TRT was still allowed I’d probably be singing an entirely different tune, but we’re in the asterisk age of MMA. Edgar by decision 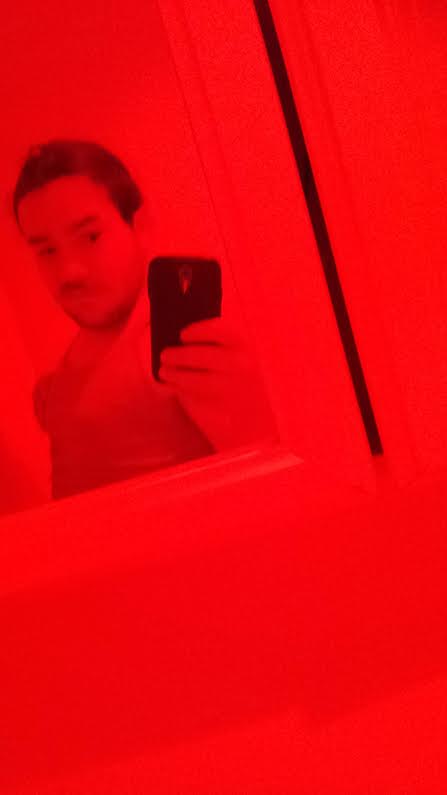