The Green Power Ranger wants to get signed by Strikeforce 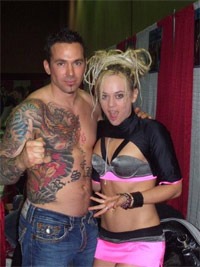 Back in the day I thought I was entirely too cool to watch The Mighty Morphin Power Rangers. While everyone was talking about which ranger was their favorite, I was too busy sitting in the corner of the lunch room listening to Masta P’s ‘Bout it’. I thought I was cool because I elected hearing Masta-P say ‘Ugh’ on my CD player (damn, remember those things?). The Mighty Morphin Power Rangers was a direct rip-off of Voltron so I watched Ultraman instead out of protest. I was an afternoon cartoon revolutionary. I didn’t follow trend, especially when it came to color coated futuristic ninjas.

I’m not sure how long I can keep up this fascination with The Green Power Ranger (Jason David Frank) in MMA. He made his MMA debut late last month and since then, The Green Ranger has called out Jean Claude Van Damme to an MMA bout in order to settle some beef that happened fifteen years ago. I don’t think any MMA news with ‘Green Power Ranger’ attached to it will ever get old and I won’t stop covering this until one of those little dudes in 3 Ninjas makes his MMA debut. It would be the universe’s way of balancing out some bizarre equation that involves mid-90s film/television stars.

In an interview with MMAWeekly, Jason David Frank says that it’s time to get off the amateur circuit and step up to Strikeforce.

“To really make it legit, and start making it count. We were going to do one more amateur, but what’s the difference? Four amateur fights, five, all the same thing. Now I’m turning pro, get paid to do it, and it’s not just about the money, but it’s about doing it the right way.”

If Ultraman decides to start his MMA career, expect a full-feature length interview. In the meanwhile, I’m still on my little protest. Well not really, I just can’t think of anything I would want to ask The Green Ranger other than whether or not he hooked up with The Pink Ranger. It’s a valid question. [Source] 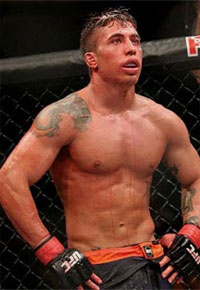