On any other day of the week, I’d Google what a ‘Prime Minister’ is, but it’s Sunday, and I’m far too busy arguing with my friends on Facebook about the Trayvon Martin shooting. I’m not entirely sure what Prime Ministers do because we don’t have one in America.  My best recollection from Social Studies in middle school is that it has something to do with a Parliament-style government.  Damn you, George Zimmerman… If only you’d have let that kid go, I might have been able to refresh my grade school education and leave my apartment feeling safe while wearing a hoodie.  On the bright side, by staying glued to my computer screen I randomly discovered that Kim Kardashian got flour-bombed and even more-randomly found out that the Prime Minister of Canada hooked up the Prime Minister of Japan with a set of UFC gloves signed by long-time welterweight champion Georges St. Pierre. 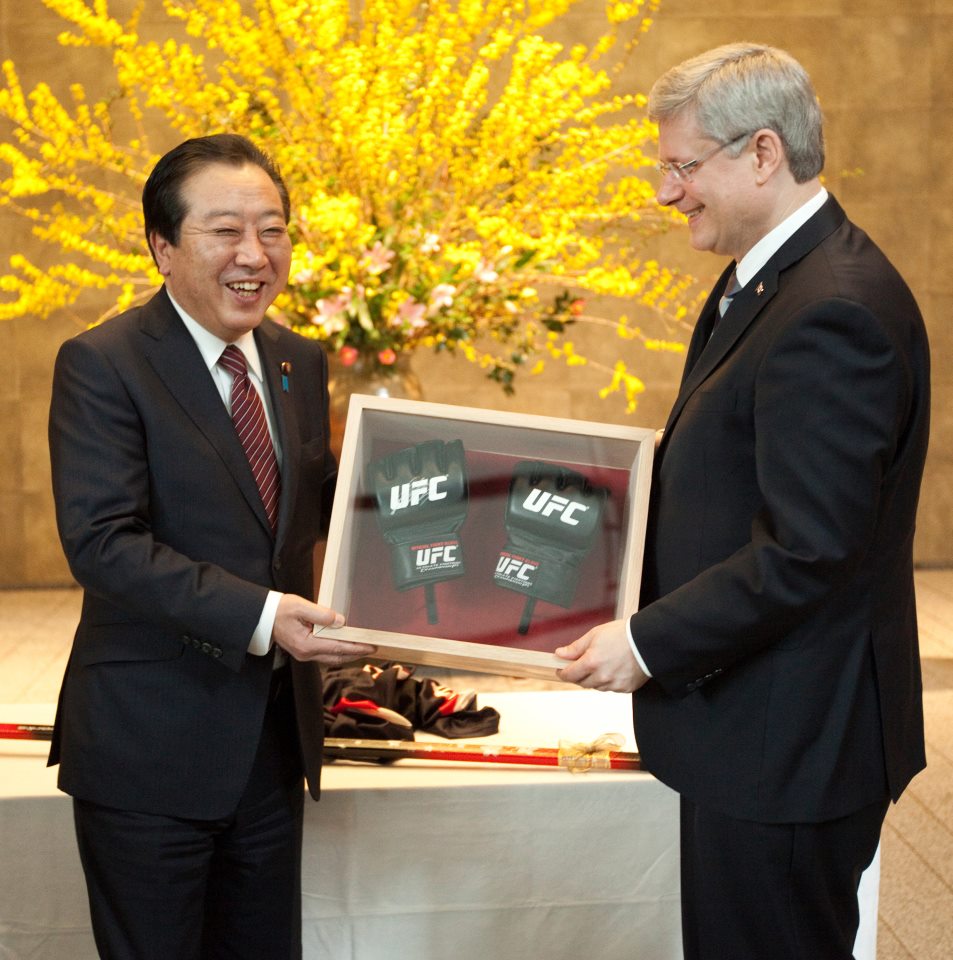 No word on whether or not Japan’s Yoshidiko Noda (Japan’s head of Parliament) returned the favor to Canada’s most senior member of cabinet, Stephen Harper, by providing him with an autographed poster of Sexiyama.  We hope so, or we’d take the gloves back and throw them on eBay.

Melvin Manhoef and Yoshiyuki Nakanishi set to go to war at One FC: War of the Lions
Read Next Post →
Click here to cancel reply.