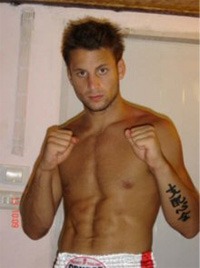 My old roomate would probably be proud right now (If he knew what Dream 10 was). Tarec Saffiedine became the first Belgian MMA fighter to win any professional bout in Japan…ever. That’s sort of a wild statistic to throw at you this early in the morning Maybe it should have come with a side of eggs and a coffee. Unfortunately that technology hasnt been invented yet (at least in America) but whenever it’s possible, you’ll be the first to have a statistic served with a side of eggs.

Everyone on twitter was bugging out about Tarec Saffiedine’s walk out music. It wasnt any ‘Baka Survivor’ but it was worth finding out the name of the song. Much like Christopher Columbus discovered America or the guy who first put pineapple on pizza to discover the best flavor combination; with the help of a Shazam, I discovered that Saffiedine’s walk-out song was: Tsurugi no mai – Force of Nature.

Congrats go to Tarec Saffiedine with the upset win. Dude also had a hot girlfriend so Tarec actually won twice. Props goes to his opponent, Ikemoto Seichi for trying to pull off the pink shorts. Leave that to your boy Javier Vazquez, dude already cornered the market on that. 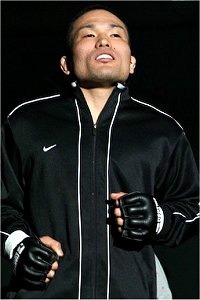