So Anderson Silva is saying his comeback fight will be against Michael Bisping. Excited or is normal? 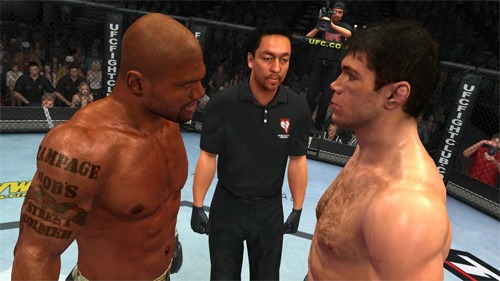 We all live in a reality where Anderson Silva claimed Thailand sex pills caused him to test positive for Performance Enhancing Drugs prior to his fight versus Nick Diaz at UFC 183. Silva got suspended for year while Diaz got suspended for five years for marijuana use. The Nevada Athletic Commission ladies and gentleman!

This is real life. If you live in the state of Nevada your government tax dollars mean nothing.

Silva suspension is up in January of 2016 so wouldn’t be a great idea for the UFC to book him for a fight in April 2016? Against who? Silva says Michael Bisping. The world says why not and Bisping says something in a British accent that sounds snarky to the rest of the world. Silva normally abuses ex-Ultimate Fighter cast member, hi Forrest and Chris, so a fight with Bisping should at least provide a non Thai sex drug highlight for the “Spider’s” resume.

And some Silva audio confirming the match-up.

Watch: Darrion Caldwell goes for moonsault off the cage, lands on camerawoman, possibly KO’s her
Read Next Post →
Click here to cancel reply.