UFC light heavyweight contender Anthony Smith was left frustrated by the corner of Max Rohskopf this past weekend.

Rohskopf made his promotional debut on five days’ notice when he stepped in to take on Austin Hubbard at UFC Vegas 3. Despite a promising start, the previously undefeated Rohskopf was starting to get outclassed and no longer wanted to compete following the end of the second round.

He asked his coach Robert Drysdale to call the fight nine times only for the latter to refuse to listen and keep trying to change his mind. In the end, the fight was called off after the referee noticed Rohskopf didn’t get off the stool and didn’t want to compete further.

While Smith understands Drysdale’s intentions — with the latter still defending his actions — he feels the fighter’s wishes should have been listened to.

“I’m frustrated for sure,” Smith told TMZ. “It was frustrating to watch and I think that the reaction from the fans and the other fighters is more frustrating, especially given the situation that I was just in not that long ago.

“I get it, if there is a kid that’s young and facing adversity for possibly, maybe the first real time in his career and maybe he thinks he doesn’t have it or maybe needs some encouragement. I believe he asked out nine times. This isn’t Goddamn bloodsport and not all of us think the same.”

Smith’s reaction is noteworthy given the situation he was in last month as he mentioned.

“Lionheart” faced Glover Teixeira in the UFC Jacksonville headliner last month and was getting battered by the Brazilian for multiple rounds, even telling his coaches on the stool that his teeth were falling out.

Many observers felt his coaches should have stopped the fight but Smith came to their defense, stating that he wanted to continue fighting and wasn’t out of the fight. In this case, the coach didn’t listen to the fighter’s wishes and it was even more frustrating given that he had to ask nine times.

“That’s a different thing. Just being down on yourself and needing a pick me up. That’s way deeper than that and then to see the fans and the other fighters stick by Drysdale? Listen, I respect Drysdale as much as anybody in the game. That guy is a pioneer in the jiu-jitsu world, I’m a huge fan of his. But he messed up — he messed up. I think that needs to be said. This isn’t the same situation as mine. I did everything I could to stay in there. He was doing everything he could possibly do to get out. Get him out.”

Smith went on to add that if he told his own head coach Marc Montoya that he wanted out, the latter wouldn’t try to convince him otherwise. 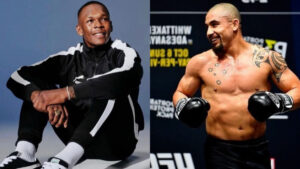 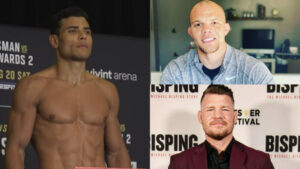 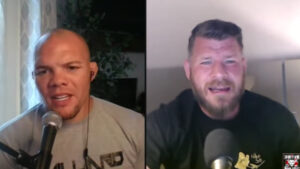 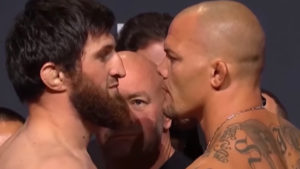 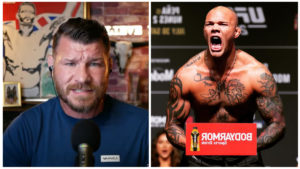