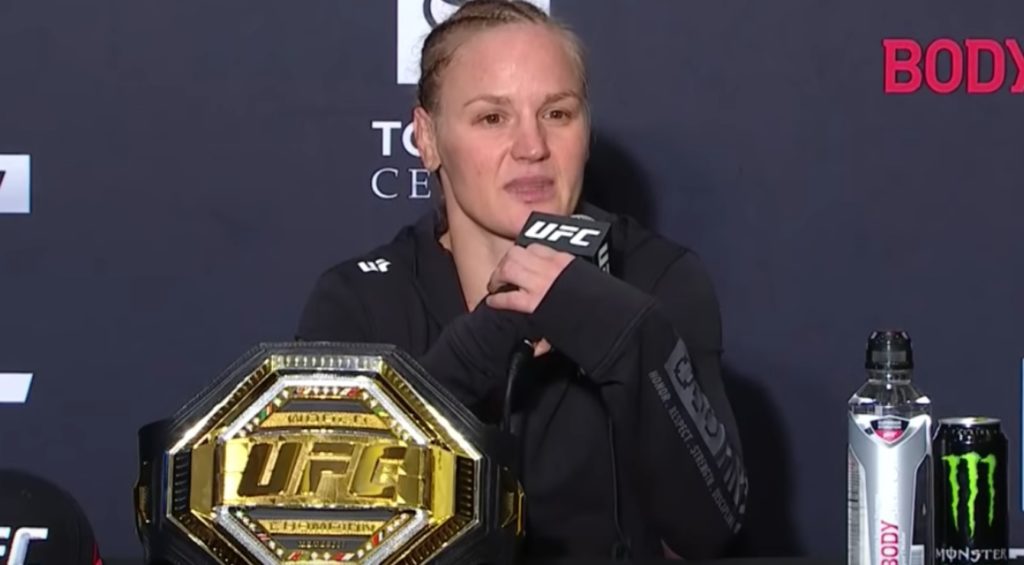 Valentina Shevchenko is already looking ahead to her next potential title challengers.

The women’s flyweight champion made it title defense number three after another dominant performance, this time over Katlyn Chookagian at UFC 247 last night.

“Bullet” excelled on the feet as well as on the ground which is where she eventually got the third-round finish after landing endless strikes on Chookagian from a mounted crucifix position.

And after a performance like that, Shevchenko was ecstatic that all the months of preparation and hard work paid off.

“I feel good, I feel amazing,” Shevchenko said at the UFC 247 post-fight press conference. “It’s not only because of the performance but the past couple months was a lot of work, a lot of hard training, like mental pressure, physical pressure and everything. And when you end the fight with the fight result you expected, it’s the best feeling that you ever can feel.”

The question now turns to who Shevchenko should face next. So far, she is undefeated at flyweight and is yet to be troubled.

But there are still contenders out there and Shevchenko is open to fighting any of them.

“We just watched the rankings of flyweight with Laura Sanko, and it was after Katlyn and Jessica Eye. It was Jojo [Joanne] Calderwood, Jennifer Maia and Roxanne Modafferi,” she added. “So these three girls I think are strong fighters, very good skills. Each one, they have a very different style of fighting. I would love to fight any one of them.”

Who do you think Shevchenko should defend her title against next?