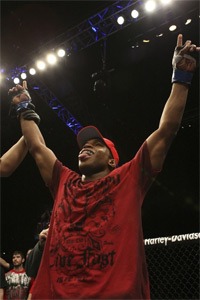 At UFC 103, Paul Daley shocked the world by KOing Martin Kampman, a dude that nearly everyone favored, and what did the crowd in Dallas do? They booed. They friggin booed Semtex and the dude just picked up his stuff and walked out. No one talked about that surgery Daley had prior to the fight to replace his hands with bricks of thermite. Nope. The crowd just booed. Dallas is a weird place man, the first thing I saw when I was on my way to the American Airlines Center were two dogs fighting over a McDonald’s Fish Filet wrapper. I was going to take a picture but I didn’t want to be that guy. You know, that guy…that takes pics of homeless dogs fighting. Whatever. Dallas killed JFK, what do you expect?

Check out Paul Daley’s official UFC blog where he verbally dismantles Josh Koscheck with an array of ‘Crap’ and ‘Geek’ references.

Now he says I am trying to raise my name in the sport by fighting him? He called me out; I could care less about him. I’ve been fighting top guys for years, in MMA and kickboxing. I was fighting top guys while you were doing your homework in college, hanging out with nerds, and wrestling.

Knock me out? Too funny. People with glass chins shouldn’t throw stones. I don’t have a BJJ black belt, but I am sure I hit a little harder than Paulo Thiago, who almost decapitated Kos like a geek in a horror film.

I just cannot wait to get to Montreal. Josh is getting ‘checked out!

You guys have it wrong, BJ Penn is still the UFC Lightweight champ
← Read Last Post 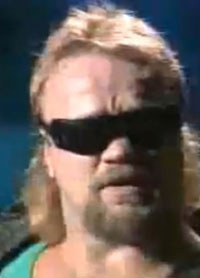