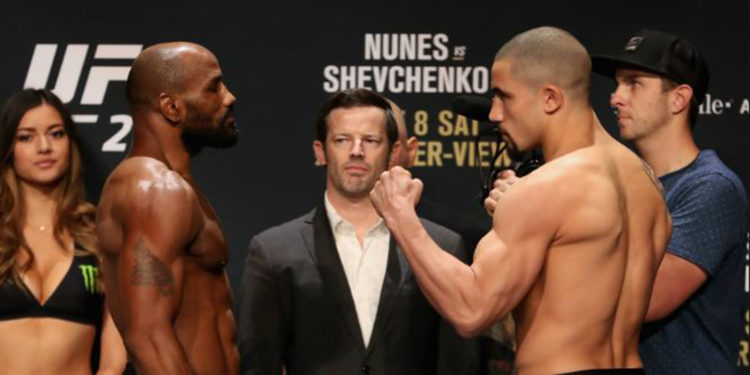 We are heading to “The Windy City”. Robert Whittaker vs Yoel Romero 2 is scheduled for UFC 225! Chicago will be the host of his great event, and we can also expect a title fight soon. (reported by mmafighting.com)

Robert Whittaker vs Yoel Romero is definitively an interesting rivalry. In the first fight, Robert Whittaker (19-4) defeated Yoel Romero (13-2) via unanimous decision at UFC 213. Now Yoel has a great chance to revenge for the loss. Whittaker became the official champ after Georges St-Pierre vacated the title not long after he defeated Michael Bisping at UFC 217.

Romero should face Luke Rockhold in a title fight, however, he had 2.7 pounds more, which made him ineligible for a title shot. Robert Whittaker pulled out due to a litany of illnesses. Despite Yoel Romero defeated Luke Rockhold via third-round knockout at UFC 221, he is still a No.1 contender.

UFC 225 will be a great pay-per-view event, with Robert Whittaker vs Yoel Romero 2 in the headline. A former WWE champion CM Punk will also be a competitor in this event. What do you think, will Yoel Romero revenge for the loss?

Watch: The UFC really did try to promote UFC 223 with a fake Conor and Nate text exchange

Mike Brown Believes Yoel Romero is the Greatest Athlete He’s Ever Seen, Will Get Back to Title

Robert Whittaker And Darren Till Agree To Catchweight Fight, Then Beers Afterwards

Report: Robert Whittaker vs. Darren Till To Headline UFC Dublin

Israel Adesanya: ‘My Stock Went Up’ Despite Lackluster UFC 248 Bout

It is no secret that Daniel Cormier is not a fan of Jon Jones. Nevertheless, he is still able to...

Conor McGregor Sides With Protestors: “There is No Place for Injustice”

Belal Muhammad Threatens To Send Looters ‘To The Hospital’ During Riots