Former champion Robert Whittaker thinks a move to light heavyweight could be in the cards for his career in the future.

Whittaker has has an amazing career so far in the UFC. He has stood at the top of the middleweight division and beaten some of the best fighters to have ever fought in the UFC. Despite all the success that has come Whittaker’s way, he is still pushing for more. There is no quit is the former champion at this time and he even has some big moves planned for the future.

At 31 years old, Whittaker is still young, but the life of a fighter is a tough one and many times fighters retire before their 40th birthdays. Recently another former middleweight champion, Luke Rockhold decided to step away from the sport after many years of fighting. Whittaker spoke about this when he was a guest on Submission Radio. Although they never fought each other, Whittaker and Rockhold have had parallel success in the same division.

“He’s a phenomenal fighter, but how he performed was exactly how he spoke about it afterwards. He looked sick of it, he looks sick of fighting and you saw that when he took the first punch, he was just like, you know, I don’t really want to do this anymore,” he said. “So that’s fair. There are too many, too many couch critics out there that speak on fighting and don’t really understand how much of a toll especially when you’ve been at the highest of highs and lows of lows and you’ve rode the wave for as long as he has, and you’ve done it all.”

Whittaker has spoken in the past about the mental toll that fighting takes on a person. He once took a leave of absence from fighting in order to get himself back to a healthy mental state but is not at the point where he is entertaining retirement. In fact, he is on a mission for gold, and if that mission were to lead him to light heavyweight then so be it.

Whittaker has mentioned his interest in smoking up to light heavyweight in the past. The middleweight division has been monopolized by Israel Adesanya for the past few years. He has been a dominant champion and Whittaker has lost to him twice so far. The light heavyweight division has had more turnover since Jon Jones left and receiving a title shot there might be an easier task for Whittaker at this time. If he does make this move, he would make it a permanent one.

“Yeah, I’m definitely thinking about going up to light heavyweight. Been thinking about it a lot, just because I like the idea. I think it’s a more natural weight for me but the thing is, I’d have to do it properly. Just like when I moved to 185. I developed the muscle and everything with zero intention of going back down to 170. I feel it has to be that way, you see a lot of 185ers go up, get starched and come back down. I don’t want to go up to 195 as a fat 185er, 205, sorry, but yeah I’d have to deal with the height thing as well. You know, it’s kind of annoying.”

Whittaker began his UFC career as a welterweight and later made the jump up. He could see himself doing the same thing again if necessary but knows that he is one of the best at middleweight at this time. There is a title fight coming up between Israel Adesanya and Alex Pereira, if Adesanaya were to lose, that could open up the door for Whittaker to get another shot at the belt. 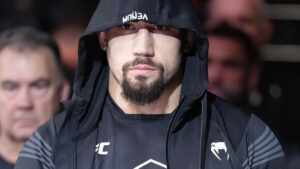 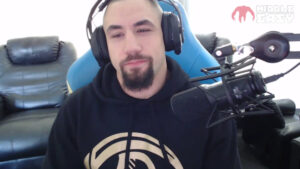 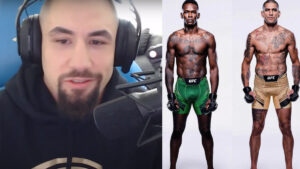 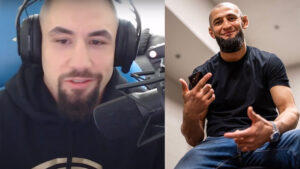 Exclusive: Robert Whittaker Open To Training With Khamzat Chimaev, Says ‘Borz’ Will Do ‘Quite Well’ Against Top 5 Middleweights 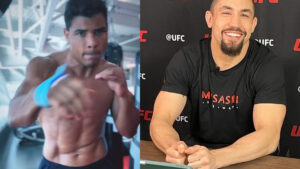