It all started with a flying armbar…

Manel Kape wanted his fellow RIZIN fighters to respect his BJJ. What he got was a cut of Twitter Beef thicker than a Peter Luger’s Porterhouse.

Nope. Anthony Birchak wasn’t having any of that shit. 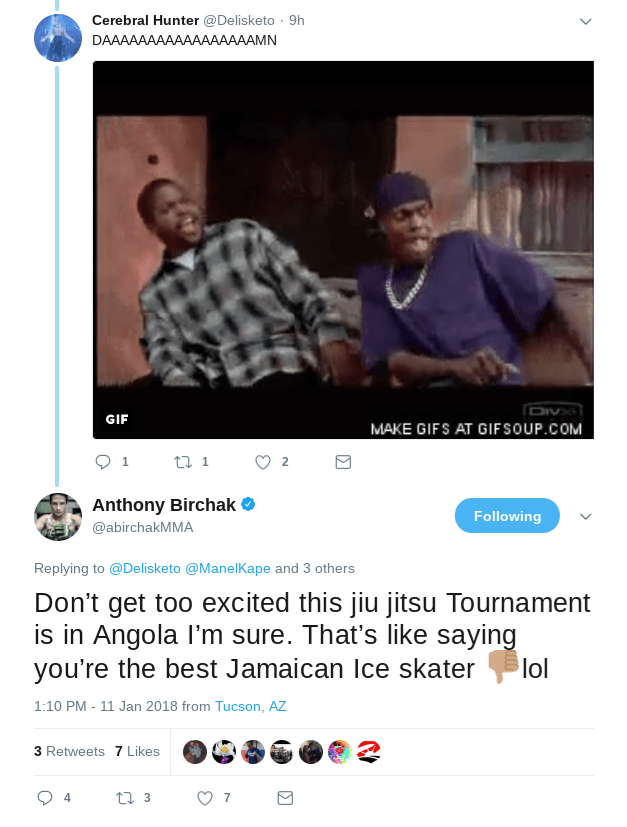 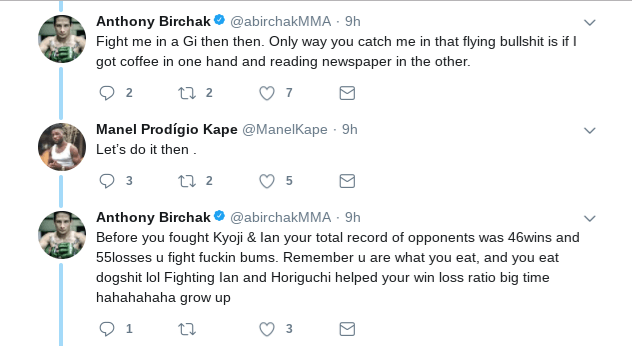 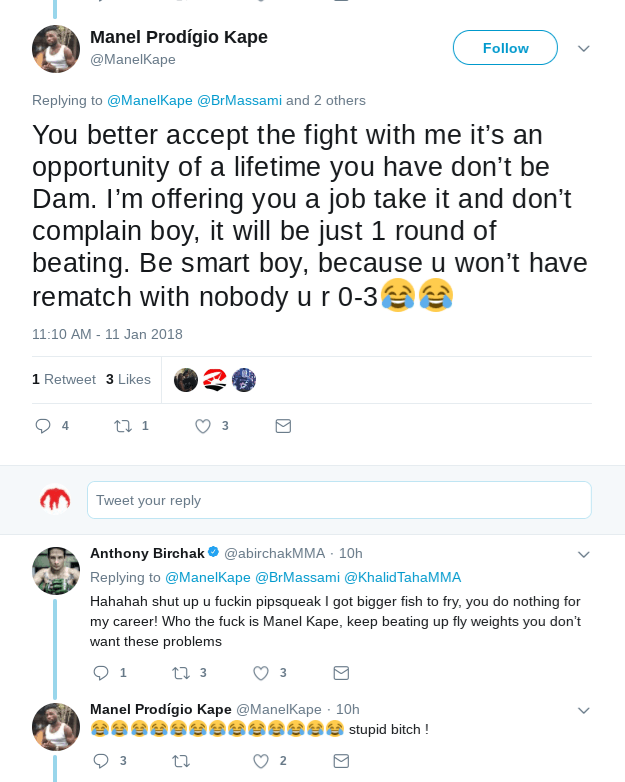 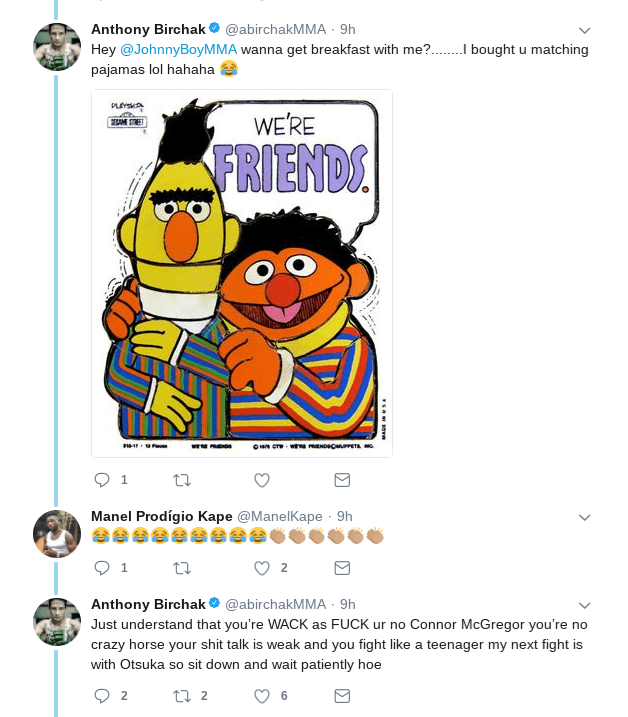 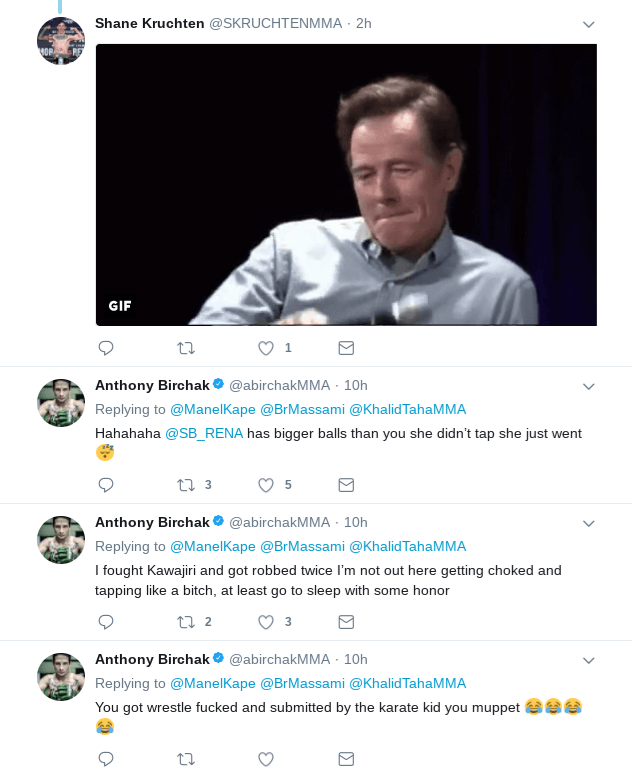 In the immortal words of Ron Burgundy, “that escalated, quickly.”

Seems like this ruckus didn’t confide itself to Twitter. From some comments, it seems that Kape truly is channeling Krazy Horse Bennett, and starting altercations in hotel lobbies.  Well played. 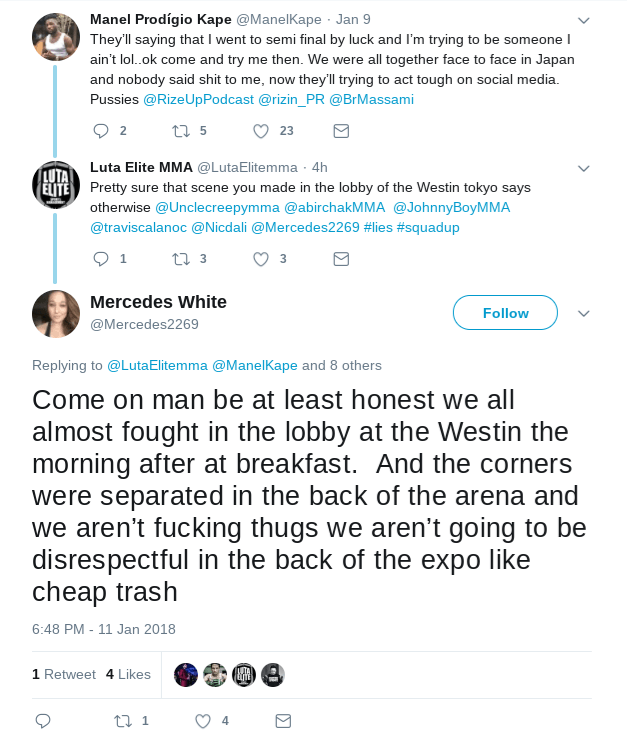 Well until that footage surfaces, I guess we will have to wait patiently for an inevitable Birchak/Kape throwdown. This is a master class in selling a fight, people.

But let’s not get too amped up for their inevitable clash. Birchak claims he has a fight scheduled with Takafumi Otsuka, and he doesn’t want to get in the way of the rematch that everyone is calling for in 2018: Ian McCall vs. Manel Kape.

So naturally, “Uncle Creepy” had to have his two cents on the Tweet Machine. 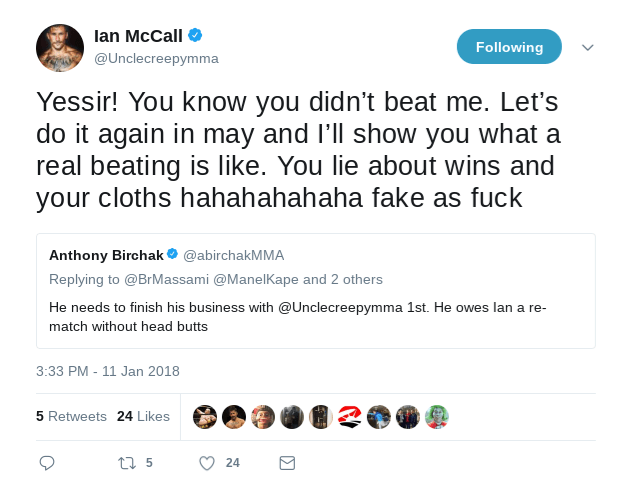 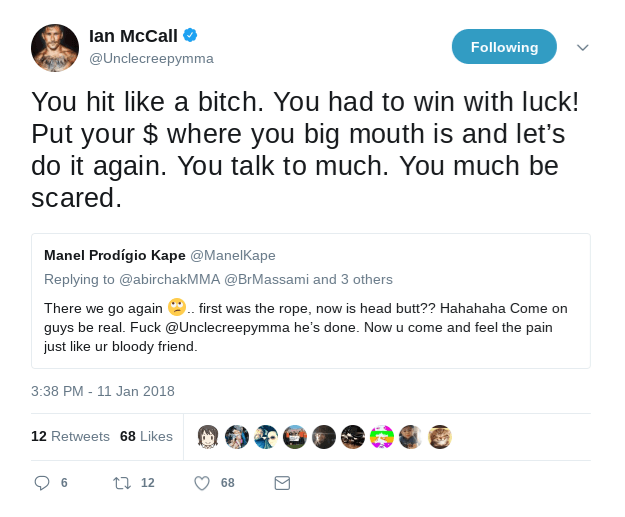 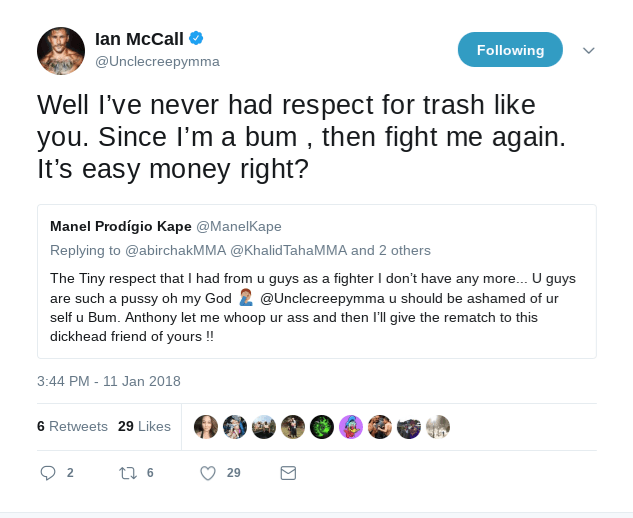 Seems like beef is coming to Manel Kape’s doorstep like he’s got a butcher who delivers. RIZIN Fighting Federation in 2018 is going to be fantastic.