Part cos play, part intensity, part bright personalities shining through, means pound for pound Invicta FC always has the best weigh-ins. For Invicta FC 18, even with early day weigh-ins, all the athletes brought their A+++ stare down games to the table.

Cindy Dandois nearly glided to the stage in glass slippers when she donned a full on Cinderella outfit. Magical.

"Cinderella" Cindy Dandois vs Jessamyn Duke should be a good one tomorrow night! https://t.co/h7rbvXjswM

She had 5 days notice 2 fight.she may of missed weight but she's still gone sleep your bitch ass.. fat & overweight. https://t.co/apgLzmm3Lh

Oh. This tweet equals a nose-to-nose face off. Then Stanley did this and it was amazing 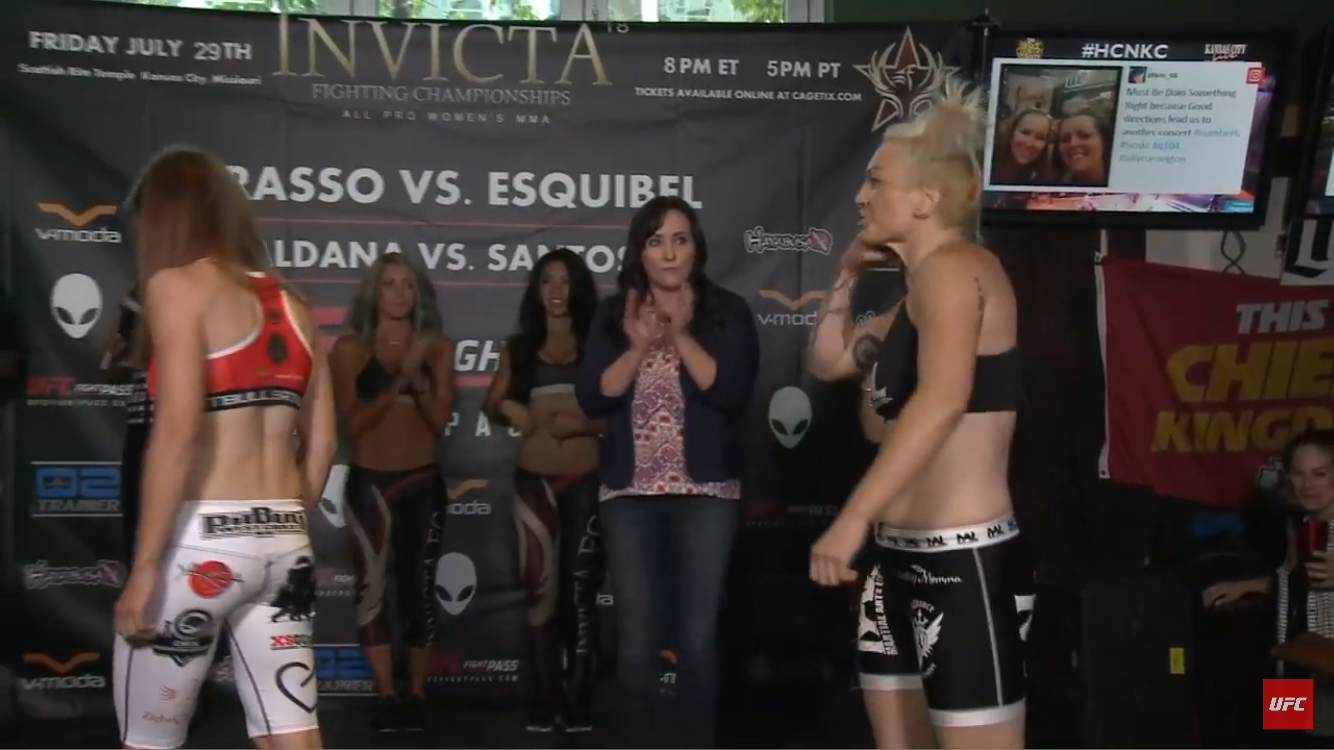 Invicta FC 18 get hyped. Plus the main event should be a 115 pound barnburner between Alexa Grasso and Jodie Esquibel. Full replay of the IFC 18 weigh-ins below

Video: Get To Know the Amazing Gambling, Porn-Stealing Teruto Ishihara and Become One of His Bitches
Read Next Post →
Click here to cancel reply.