Remember that MMA fighter who ripped his friend’s heart out? He pled NOT guilty by reason of insanity

Everyone remembers the story of their favorite MMA fighter who stripped naked only to slice open his friend’s chest and rip out his heart in a state of induced ‘mushroom tea’ rage. Now it looks like Jarrod Wyatt has pled not guilty of the crime by reason of insanity.

Jarrod Wyatt, charged with murdering his sparring partner and accused of allegedly removing his friend’s heart, tongue and most of his face has pleaded not guilty by reason of insanity.

Sheriff’s deputies say they found Wyatt naked and bloody on March 21. Powell’s body was on a couch next to him with an 18-inch incision in the chest and most of the face removed.

Wyatt was apparently convinced that the world was about to end and that Powell was the Devil, according to the Times-Standard.

“Satan was in that dude,” Wyatt allegedly told Del Norte County Police Sgt. Elwood Lee, who responded to the scene.

Witnesses at a preliminary hearing said Wyatt and Powell had ingested hallucinogenic mushrooms. According to his lawyer, Wyatt suffered a psychotic breakdown because of the drugs.

“My client was trying to silence the devil,” Wyatt’s defense attorney James Fallman told the Times-Standard.

This dude. Wow. Based on the bizarre circumstance of the crime (under the influence of a hallucinogen), there’s a good chance Wyatt may in-fact get off with a ‘not-guilty’ verdict. Don’t expect him to be roaming the streets of Southern California anytime soon though.  Jarrod Wyatt will most likely spend the better part of his life ‘rehabilitating’ inside a mental institution. Stay off the drugs kids. [Source] 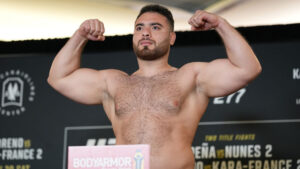 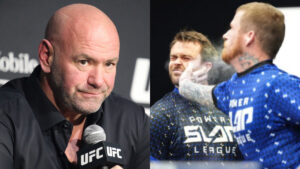