Rashad Evans: Khabib’s Win Over Gaethje Proves That Conor McGregor ‘Is One Of The Best To Do It’ 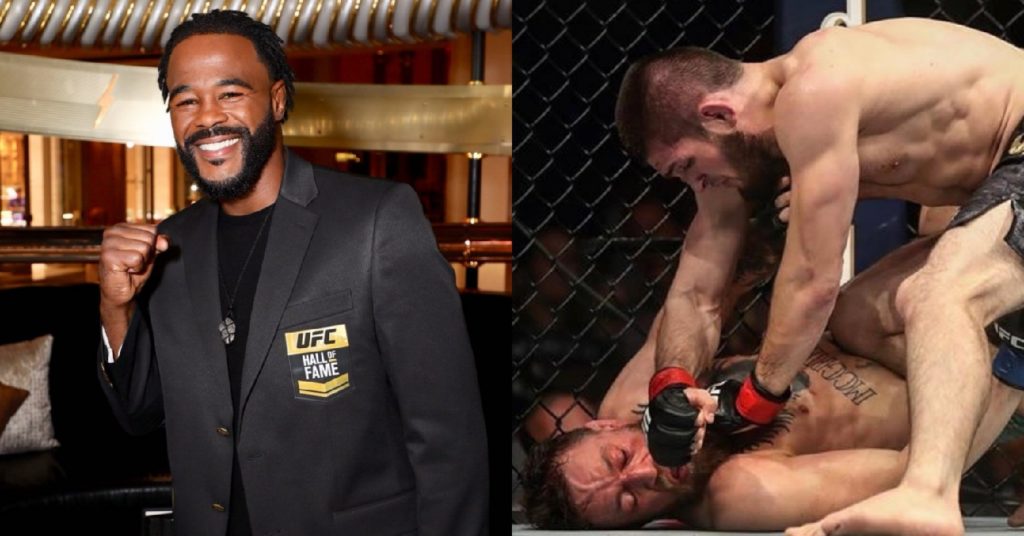 Most people were impressed by the skills that Khabib Nurmagomedov showed when he defended his lightweight title against Justin Gaethje. However Rashad Evans actually thinks that this performance also speaks highly to someone else who did not fight that night.

Heading into UFC 254, many smart people in the MMA community thought that at a bare minimum, Justin Gaethje would be Khabib Nurmagomedov’s toughest test to date. In the end this was not the case however, as the Dagestani steamrolled Gaethje (even if two judge’s gave Justin the first round), choking him unconscious in round two. It was one of the cleanest performances of Khabib’s career, which is why it was all the more shocking that he seemed to retire after the fight.

Like the rest of us, former UFC Light Heavyweight Champion Rashad Evans was impressed by the way Khabib performed while beating Gaethje. However he feels that this win also speaks volumes to how skilled Conor McGregor is. Speaking to Morning Kombat, the UFC Hall of Famer explained that more respect needs to be put on the Irishman’s name for being able to survive as long as he did, even winning a round after getting taken down repeatedly.

“Here’s the thing though. What Conor McGregor showed me after what Khabib did to Justin Gaethje, he showed me that he is one of the best to do it!” Rashad proclaimed. “That’s what he showed me. Listen, I don’t like to give Conor McGregor props because Conor can be crazy sometimes. But you’ve gotta give props where props is due.

“What Conor did in that fight with Khabib, in hindsight based off what Khabib has done to everyone else, he shows that he is one of the best to do it in the weight class,” Evans continued. “That’s the thing about it. To be able see what Khabib did to Justin Gaethje, a guy that wrestled his whole entire life, and make short work of him in the grappling aspect, and to see Conor McGregor taken down multiple times, but not only taken down but got up. He made it hard for Khabib to hold him down, and that’s something people just don’t do with Khabib. Once you get taken down once it’s a wrap because even if you do get back up to your feet you are a different fighter when you get back up to your feet. That wasn’t the case with Conor. He kept getting back up, and he even won a round once he had been taken down a couple times. So that should show a lot of people just how good Conor McGregor is.”

There is certainly a case to be made that Rashad Evans has a good point about Conor McGregor having been Khabib Nurmagomedov’s toughest test to date. This is something that Khabib’s coaches have even mentioned in the past, sparking Interest in a possible rematch.

This just leaves one remaining question: just how good is Conor McGregor?

Uriah Hall: 'I Couldn't Give A S--t What Dana White Has To Say Or Think' About Me
Read Next Post →
Click here to cancel reply.