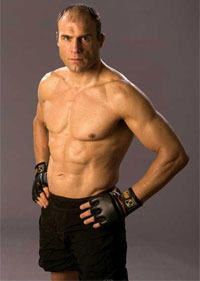 The first few days of the new year bring me such unmitigated joy. Every simple act is a milestone, the first time in the new year, every action the first few days of January is cause for celebration. It’s great, I lost my car keys at the new year’s celebration I attended but it didn’t matter, this was the first time I lost my keys in 2011 and it was a moment to remember. I will lose my car keys an estimated 162 times this year, and that is not an exaggeration. That might be an understatement, but you can only lose them the first time in a calender year once. With that said, I guess it’s time to talk about the biggest rumor of 2011 in the potential matchup of Couture and Machida at UFC 129 in Toronto. MMAFighting was on the scene at UFC 125 and omni-present as usual, here is what they heard:

“MMA Fighting has learned that Couture and Lyoto Machida have verbally agreed to meet at UFC 129 on April 30 in Toronto. However, another UFC source states that this fight has been discussed, but it’s “not even close” to being finalized as of yet. When asked by MMAFighting at UFC 125 if the fight with Machida was a possibility, Couture stated that he had not signed a contract, but had verbally agreed to face Machida in 2011.”

We’re finally in 2011. Maybe this is the year we can write an article involving Lyoto Machida without mentioning his urine drinking habit. Ah wait, damn. Fail. [Source]

Alistair Overeem is now in the Guinness Book of World Records
Read Next Post →
Click here to cancel reply.