Everyday I wake up and and tell myself whatever I do, don’t piss off Rampage. Regardless of where I’m located, the last thing on my list of ‘Things to do’ is piss off Rampage Jackson. In fact, on my list of ‘Things not to do’, pissing off Rampage is at the top of that list (just about ‘dying’ and ‘drunk dialing my ex girlfriend at IHOP‘). Apparently King Mo’s list of ‘Things to do’ is a little bit different; ‘Pissing off Rampage’ seems to climb the list as each day goes by. In our exclusive interview with King Mo we asked him who would win in a fight with King Mo vs. Rampage and he screamed ‘ME!‘. Unfortunately there isnt a ‘scream’ option on keyboards so the best we could do was make it bold. We then asked him if he had to corner Rampage in a fight with Machida, what advice would he give him. King Mo went on to thoroughly break down Rampage Jackson’s flaws and in the end, said it would be a bad matchup for Jackson.

Today, Rampage made it clear that he really does have some serious beef with King Mo Lawal. This is what he said:

“Now this punk ass dude named King Mo is all butthurt because I don’t know who the hell he is. Straight up, if you’re not one of my friends or fighting one of my friends or a potential later opponent, I might not get a chance to watch your fight. So I didn’t know who the hell King Mo was & now he crying like a little girl saying that he met me a long time ago when I was fighting at KOTC & he said I shined him cause I was talking to four people when he introduced himself. Now this guy running his mouth, but if I was him, I would shut the hell up cause he seriously don’t want none.”

Little kids around America are hiding under their bed in fear (I would too if my floor wasnt filled with laundry that should have been cleaned years ago). This is what King Mo had to say about Rampage’s blog post: 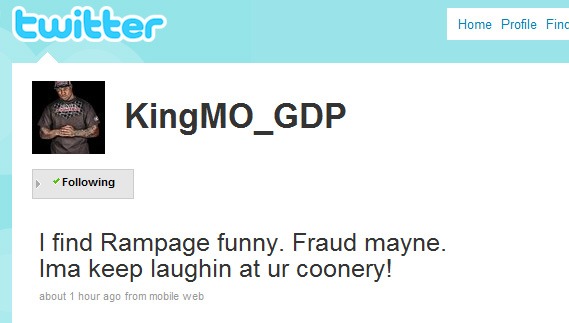 Oh wow. King Mo just pulled the Uncle Tom card from the deck of derogatory terms. This is starting to get intense. If you havent read the King Mo interview, you defintely should just to read what he says about Rampage Jackson. More MMA beef to come, stay tuned. 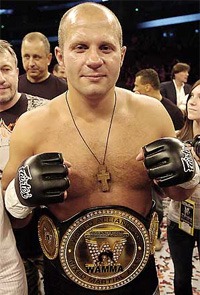