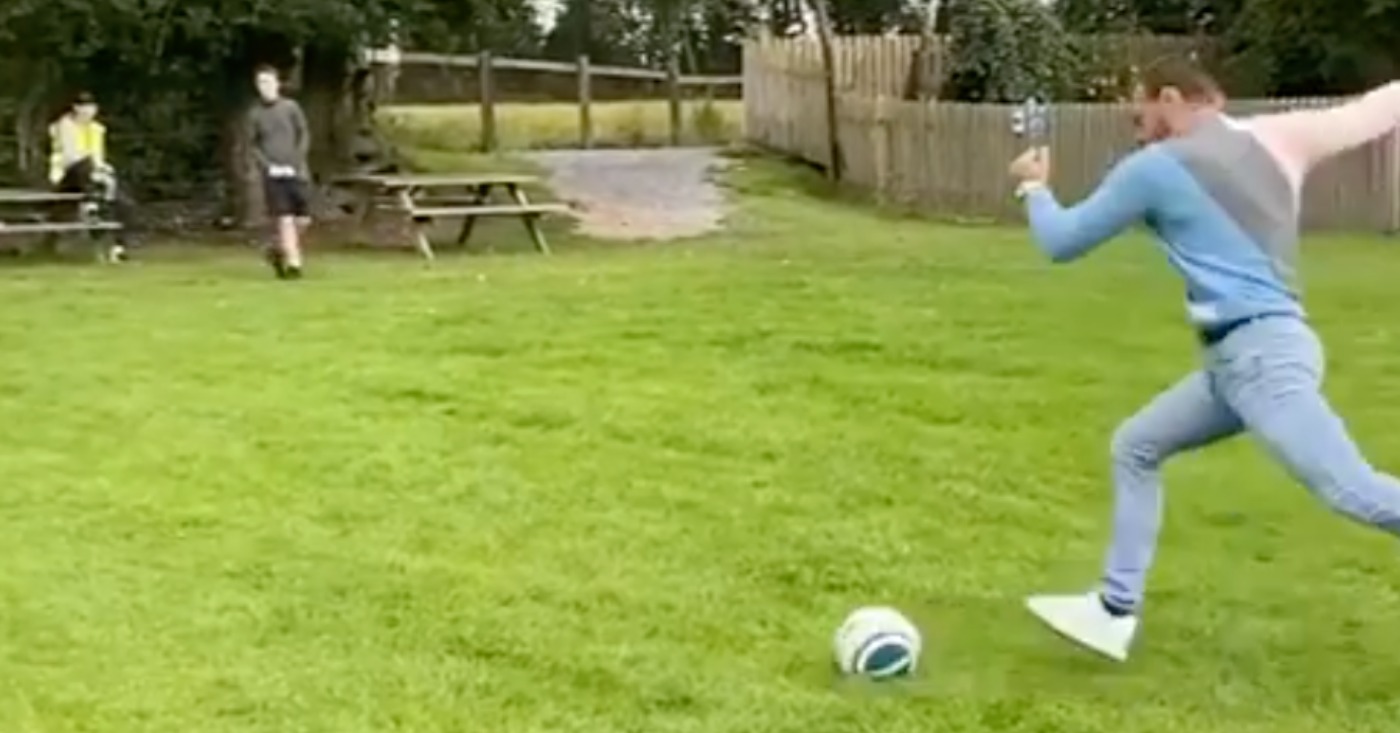 Conor McGregor could be training with Real Madrid the next time he’s in the capital of Spain.

The former two-weight UFC champion was invited to a Real Madrid training session by club captain Sergio Ramos after the pair started to interact on social media a lot more in recent days.

It all stemmed from Ramos using McGregor’s strut during a recent training session as he tagged the Irishman earlier this month.

“What do you think, @TheNotoriousMMA ? #HalaMadrid”

“Tasty into the top corner my bro! Hala Madrid ❤️”

McGregor would then recently tag Ramos in a video of himself playing soccer in Dublin and asked the Spaniard for his thoughts.

McGregor Invited To Train By Ramos

Ramos was impressed as he proceeded to invite the Irishman to a training session.

“🔝 class, mate! Fancy a training session at @realmadrid? More than welcome to join us anytime. 😉”

McGregor was receptive and stated that it would be an honor.

“My brother, thank you! The next time I am in Madrid I would be honoured ❤️”

It’s certainly a friendship out of left field.

And with McGregor seemingly retired from mixed martial arts for the time being, he has plenty of time to work on his soccer skills among other things.

However, don’t be surprised to see him back in the Octagon next year once things in the lightweight division start to move again.