MMA rivalries never die, they simply evolve with the times. Seven years from today Mayhem Miller and Nick Diaz will still be feuding on the virtual chips built into their brain that projects a feed of beef in hologram form. Flying cars, advanced virtual realities, regular vacations to the colonized planet of Mars and Mayhem feuding with Diaz is what we have to look forward to in 2024.

The original Strikeforce Nashville post-fight brawl between Mayhem Miller and Team Cesar Gracie took place way back in April 2010. Yup, 2010! Seven years later we’re all a little older, a little wiser and a little hungrier to see some MMA promotion book a legit Mayhem vs. Diaz scrap inside a cage, ring or moat fighting surface.

Until Miller vs. Diaz is on an official MMA poster, we’ll have to settle for Mayhem randomly photo bombing the comment sections of his former rival and talking mad shit to him and all the 209 fans. Simpler times, 2010 MMA beefs rebooting in the year of our fight lord 2017 is a clear sign it’s a glorious time to be alive. 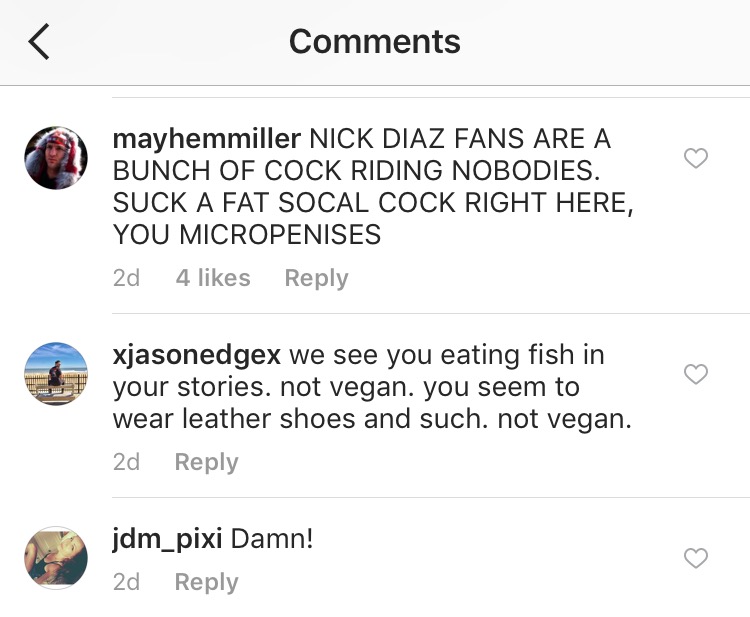 Huge to H/T to @FitnessByBlue and her site healthandfitnessbyblue.com for the good eye