Costa doesn't believe Chimaev is a real gangster after their recent confrontation with one another.

Paulo Costa is calling Khamzat Chimaev a “fake gangster” after their recent altercation at the UFC Performance Institute.

Recently, it was revealed that the former middleweight title challenger and rising welterweight star Chimaev were involved in an altercation that nearly got physical.

During a recent interview with Full Send MMA, Costa gave his side of the story. Costa noted that he was training grappling with Jake Shields when Chimaev began talking trash to him.

Costa got up and went over to confront Chimaev, and was fully willing to fight him then and there, but claims that Chimaev backed away as he was talking.

Because of this, Costa dubs the potential 170-pound title challenger a “fake gangster.”

Jake Shields has already confirmed this side of the story, as Costa notes that Chimaev is nothing but a bully who likes to go after targets much smaller than him.

Costa claims that, if they fought, Chimaev would stand no chance against him, largely because of his own size.

Chimaev will need to focus up on his UFC 279 pay-per-view (PPV) main event this weekend. He takes on Nate Diaz in a pivotal welterweight matchup that could determine the next welterweight title challenger. 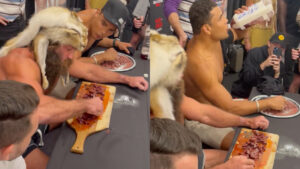 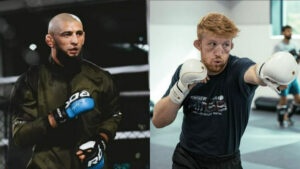 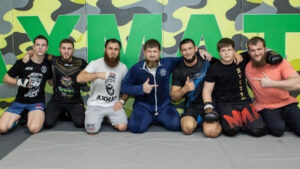