Everyone seems to have an opinion on Paddy Pimblett and his highly-controversial unanimous decision victory over Jared Gordon in the UFC 282 co-main event on Saturday night.

After 15 minutes of action, fans, fighters, and media were seemingly in agreement that Gordon has bested ‘The Baddy’ in all facets. Unfortunately, the only three opinions that mattered had it completely backward, giving Pimblett the victory 29-28 on all scorecards. Former UFC heavyweight competitor Brendan Schaub threw his two cents in during his most recent episode of ‘The Schaub Show‘ on YouTube.

Comparing Pimblett’s recent vilification to that of outspoken YouTuber turned-professional boxer, Jake Paul, Schaub claims that it is simply in the “DNA of MMA fans” to hate on someone after they’ve reached a modicum of success.

“Paddy is an exciting prospect and unfortunately, he’s getting the same treatment… I hate to do this, compare the two because, you know, it is different, apples to oranges, but it is the fight game. He’s getting the same treatment that Jake Paul is getting where when a guy gets too much notoriety, it’s in the DNA of MMA fans, in the DNA of the inbreds or the haters on social media to bring those guys down when you think it’s not deserved. There’s nothing that triggers people more.

Brendan Schaub refuses to be part of the fanbase that has decided to tear down Paddy Pimblett at every turn following Saturday’s controversial decision. Instead, Schaub implores fans to voice their frustration over the questionable judging at the event that not only resulted in Pimblett’s incredibly confusing victory but also left the promotion without a light heavyweight champion.

“The move right now is to tear down Paddy Pimblett. I won’t be part of it. There’s no reason for it. Paddy doesn’t control the judges. Paddy can only control what he can control and that is fighting and Paddy went out there and gave his best effort and the three judges that Paddy has nothing do to with decided he won the fight, whether you think he should have won or not. Paddy cannot control that. That is not on Paddy. So instead of taking your hate out on Paddy Pimblett, even if you’re a Jared Gordon fan or a Paddy hater, your judging should go towards the judging of the UFC.”

Often inept mixed martial arts judge Douglas Crosby is now the focus of an investigation regarding Saturday’s 29-28 scorecard for Pimblett along with his incredibly suspicious 50-45 card in favor of Danny Sabatello that he turned in for the Bellator 289 main event between Raufeon Stots and Sabatello just 24 hours prior.

Perhaps this incident will finally be the straw that broke the camel’s back when it comes to making a real change in a severely flawed scoring system, but Paddy Pimblett certainly did himself no favors after claiming that he dominated the bout, calling it the fight of the night and telling everyone who thought otherwise to “suck me a**hole.” Perhaps if ‘The Baddy’ had stayed humble and given some kudos to Jared Gordon in the process, we wouldn’t be seeing so many articles, videos, and tweets slamming him.

Unfortunately, he went in a different direction so here we are. 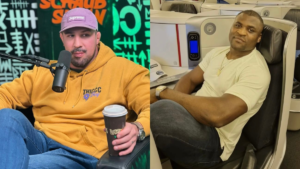 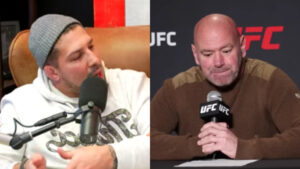 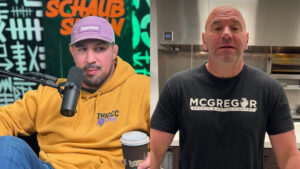