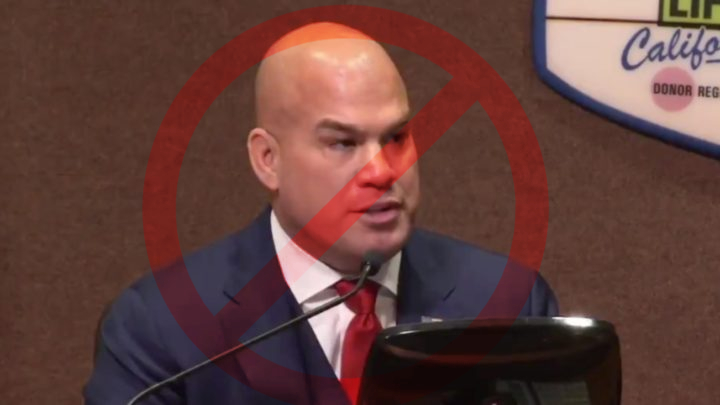 Tito Ortiz and his anti-mask beliefs are finally coming back to bite him. Earlier in the month, it was reported that the beautiful city of Huntington Beach, California was full of concerns regarding Tito not wearing a mask. Shortly after, Ortiz was banned from being physically present during city council meetings for that reason. Now, the Huntington Beach City Council wants Ortiz out of office.

Ortiz has only held his position in office since December 7th, 2020. Yet, he’s already caused the city of Huntington Beach tons of negative press. For example, Ortiz and his anti-mask beliefs have gotten him kicked out of local businesses, as well as town hall meetings. Additionally, Ortiz has been spotted on camera arguing with residents on the town, as they call out his leadership skills.

Letter to get Tito Ortiz Out of Office

The council wrote an official letter to consider a no-confidence vote of Ortiz’s official position.

The Huntington Beach City Council is looking to issue a vote of no confidence in Mayor Pro Tem Tito Ortiz. He was elected to office three months ago. pic.twitter.com/FYPscvPqOp

“Mr. Ortiz has failed to perform at the level expected for this position and has demonstrated little commitment to serving in the role with honor and dignity,” the letter wrote. “His unprofessional demeanor and poor judgment have raised concerns among residents, local business owners, and his fellow council members. The Huntington Beach community expects local elected officials to take their governing responsibilities seriously and we wholeheartedly agree.”

As a devout supporter of US President Donald Trump, Ortiz shares similar ideals, principles, and marketing strategies as the former President. As far as his political career goes, expect his term to get weirder and weirder each passing day that Ortiz has to speak in a microphone, or on the camera.

Additionally, a petition is circulating to get Ortiz out of office. At the point of creation, Ortiz was only in office for 17 days. At this point, it seems like the only person who supports Tito in office is himself.