Exciting UFC bantamweight prospect Sean O’Malley is set to return to action in the summer.

The 25-year-old announced on Twitter on Wednesday that he would be returning on June 6, which is the date of the upcoming UFC 250 pay-per-view.

On his Twitch channel, he announced that his opponent would be Eddie Wineland. 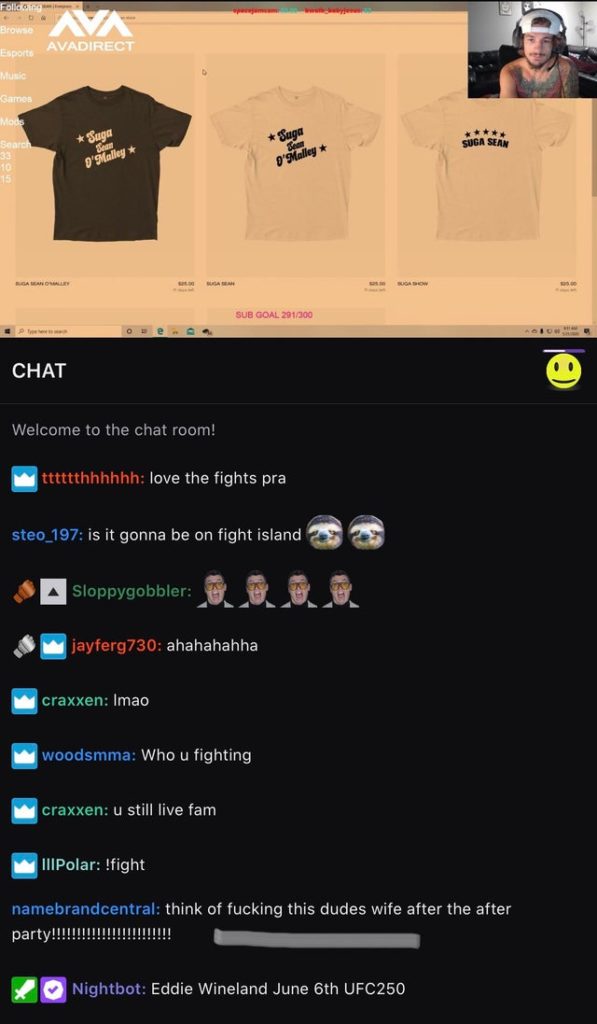 Nothing is official as of yet. However, that should change with the event just over two weeks away.

O’Malley returned to action for the first time in over two years when he impressively put away Jose Quinonez via first-round TKO at UFC 248 in March. “Sugar” clearly wants to make up for lost time now by booking his second fight in just the space of three months.

The UFC 250 card is far from being finalized but is now beginning to take shape. The event is currently headlined by a women’s featherweight title fight between current champion Amanda Nunes and rising star Felicia Spencer.

It wouldn’t be a surprise if a potential O’Malley vs. Wineland bout featured on the main card.