O'Malley And Garbrandt Have Been Exchanging Words Ever Since UFC 250 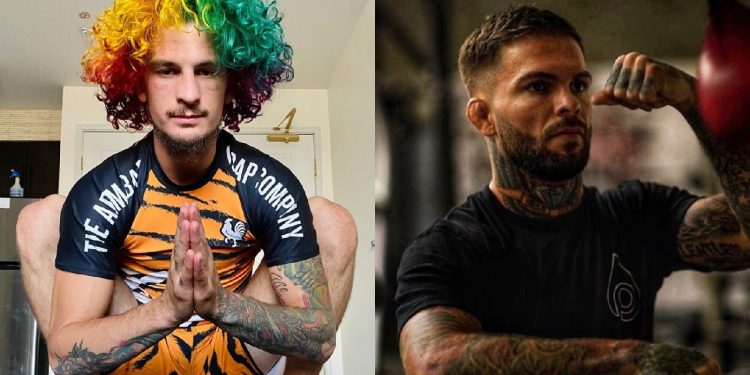 Those hoping to watch bantamweight contenders Cody Garbrandt and Sean O’Malley fight will have to wait for the time being.

Both fighters impressed at UFC 250 earlier this month with highlight reel knockouts as debate heated up later on as to who delivered the superior finish. It has since also led to talk of a potential fight between the pair which most fans agree would be a barnburner in the making.

However, White believes O’Malley — who is still just 4-0 in the UFC — needs a bit more time and experience inside the Octagon before facing a former bantamweight champion in Garbrandt.

“The problem is, if you take a Sean O’ Malley. First of all, he has been off for a couple of years, he’s a young kid, he’s just coming in — where does he go from there?” White said on The Schmozone Podcast. “You got to give this kid a few more fights before he gets to Cody Garbrandt.

It’s a sentiment that Garbrandt agrees with as well.

But for White, it’s even more important that he gradually builds “Sugar” up given his potential as a mainstream superstar.

“He is one of the kids we are focused on and have been since the Contender Series,” White said. “He had some issues he had to deal with the last couple of years which has been brutal. But it’s given him a chance to heal up and here we are.”

And if there was any more proof needed that O’Malley is a hot commodity, one just needs to look at all the other names who have been calling him out in recent times such as Brian Kelleher and Merab Dvalishvili.

“Who does that remind you of?” White added in reference to Conor McGregor.

Floyd Mayweather Sr. Tears Into 'Piece Of Trash' Deontay Wilder: 'I Don't Know If He Can Be Fixed'
← Read Last Post