by Zeus @MiddleEasy
in MMA News

Undefeated at 5-0, four of those wins being first-round TKOs, 23 years old, fighting out of Moscow, Russia via Red Fury Fight Team (the same camp that houses Khabib Nurmagomedov, Adlan Amagov, and Shahbulat Shamhalaev), her base is in judo (same as Ronda Rousey) — and she was just signed by the UFC. There’s even a video of it. That’s virtually all we know of Alexandra Albu.

Her first four fights were in Thailand which led some women’s MMA purists to believe they were muay-thai bouts, and that the UFC was ‘tricked’ by Red Fury Fight Team’s website in some way. Folks, UFC is a multi-million dollar international organization with headquarters around the world. I can almost guarantee you that if they’re going to go through the legal work to sign a person to the most exclusive fight organization in the world, they’ll do just a little bit more research than a half-baked Google search.

From my understanding, the basis of the disdain in the WMMA community from the signing of Alexandra Albu lies in the fact that some believe more ‘accomplished’ women fighters should have received a shot in the bantamweight division before her. Now there’s been a recent crusade to disparage Alexandra Albu and the entire fighter selection process of the UFC.

Just let the woman fight. Stop slinging your pseudo-hate over the internet. The UFC is a private organization, therefore your opinions on who they should sign have no merit on who they actually sign. People tend to forget that Brock Lesnar was signed with a 1-0 record, and the dude went on to be the UFC heavyweight champion and holds the record for the most PPV buys in recent history.

We’re not sure if Alexandra Albu has one or five MMA fights. All that we know is that her most recent fight was in ‘Octagon Fights’ in Moscow, Russia and we have video of it.
[youtube]Lb77idZd9ds[/youtube]
And for people that believe Albu is going to instantly collapse when she gets taken to the ground, check out this video of her showing off her ground game in a Russian grappling tournament.
[youtube]B-QRflQUtUg[/youtube]

And for a bizarre twist, Floyd Mayweather wants to start managing MMA fighters

Scientists discovered how to fabricate memories through direct brain manipulation 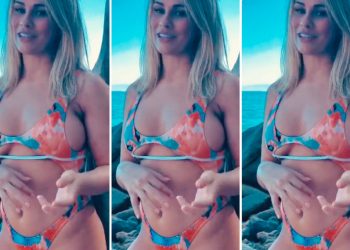 New videos of the Paige VanZant SI Swimsuit photo shoot are here & we thought you may be interested, yes you

Gaethje: All About Preparation And Calculated Risk UFC interim lightweight champion Justin Gaethje released the full corner audio of him...

Daniel Cormier: Conor McGregor vs Anderson Silva ‘Is A Bigger Fight Than Ngannou vs Jones’