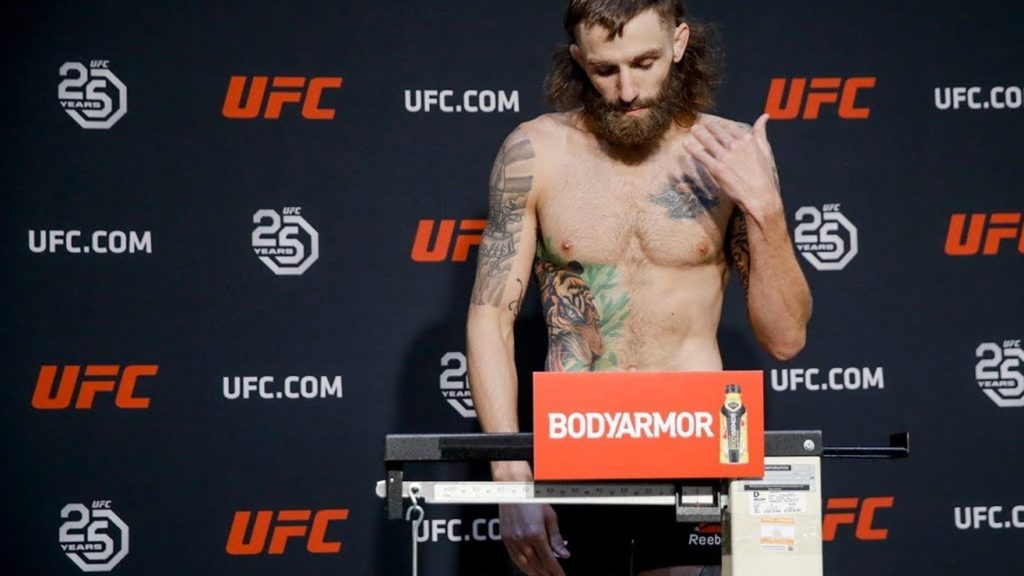 UFC lightweight Michael Chiesa who came in 1.5 pounds over the 156-pound limit for his clash with former UFC champion Anthony Pettis at UFC 226 per-view (PPV) from inside T-Mobile Arena in Las Vegas, Nevada.

Chiesa has been fighting at lightweight his entire career, and this is the first time “Maverick” has ever missed weight. The weight cut Chiesa went through was more dreadful than he normally does, the 30-year-old looked completely depleted when he stepped on the scale for weigh-ins.

In his recent interview with ESPN’s Ariel Helwani on Monday, Chiesa recounted the moments when he almost felt he’s going to die.

“We cut weight for eight hours. We cut for four hours on Thursday night and I was up at 5 a.m. cutting weight on the day of weigh-ins [Friday] and my body had nothing more to give. I’m not exaggerating: I thought I was going to die. In the middle of the night before the Friday weigh-ins, I woke up and started having a panic attack. I broke down and started crying and was like, ‘I think I’m going to die.’

“I’ve never felt like this. I made 155 my whole career without a hitch and it never feels good, but it’s never like this, never in my life.”

Chiesa who lose to Anthony Pettis after “Showtime” locked him with a triangle armbar submission, said out seriously following his scale fail. ‘This will be my last fight at 155.’ “Maverick” seriously thinking himself to go up for 170-pound division regardless. He also adds himself to the list of fighters who calls for the implementation of the 165-pound division.

“I was already in talks with people around me. Win or lose, after this fight, I think I want to go up,” he said. “A lot of people are trying to steer me to 170 pounds. I’m a big guy … people don’t realize that. There’s only one guy at 170 that’s bigger than me, and that’s Darren Till. I’m not a small guy. I can get up to 205 pounds and be athletic and be in shape.”

”If [the 165-pound weight class] happens, it happens. If it does, I welcome it with open arms. I’m a big advocate for it. If they add 165 pounds, it would be heaven sent. It would be a blessing to a lot of us guys.”

Chiesa is one of the victims who suffered injuries during Conor McGregor’s UFC 223 bus rampage in April, forced to pull out of his scheduled bout and said wheels are in motion for legal action against Irishman.

“The wheels are in motion,” Chiesa said. “I’m doing what’s been advised to me, and yes, there is a legal battle against McGregor.”

Do you Chiesa will find success in his new weight class?

Street MMA: Never Interrupt a Street Hustler By Taking Your Pants Off Without Expecting To Catch Death
← Read Last Post