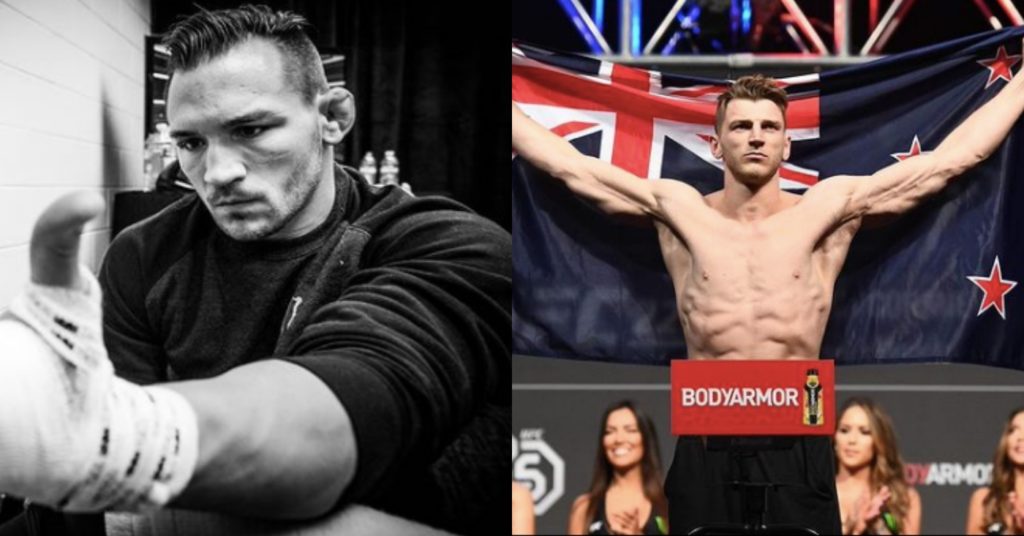 Fans have been anxiously awaiting the UFC debut of former Bellator champ Michael Chandler. Now he is officially set to make his debut, competing at UFC 257 against Dan Hooker.

When Chandler announced that he was testing free agency, hardcore fans were wanting to see the UFC sign him. Their wish came true, as he was signed and shipped to Abu Dhabi to serve as a backup for the lightweight title fight.

Since he was ultimately not needed as a replacement for Khabib vs Gaethje, fans have been waiting to see who he would fight in his debut. Several names were floated around, but months ticked by without any official word.

Late last week, Dana White revealed that he was planning on booking Michael Chandler to face Dan Hooker at UFC 257. This came together after Charles Oliveira had concerns about making weight on short notice.

That being said, the bout was not quite official at that point. However it has since been reported that this bout is now officially set to take place on Fight Island, at UFC 257 on January 23rd.

Dan Hooker will be the one to welcome Michael Chandler to the UFC, multiple sources confirmed to @bokamotoESPN after @danawhite broke the news to The Schmo earlier this week. pic.twitter.com/Lm4XYDjA6w

This is a big fight for both men, with title implications on the line. If Chandler beats Hooker, he proves himself to be one of the best in the world. While Hooker will get a ton more respect in the rankings with an impressive win.

It is going to be interesting to see how Mike looks in his UFC debut. There are a lot of questions that need to be answered about his potential, and this fight will go a long way to figure out some of these things.

How do you see Michael Chandler vs Dan Hooker going down?

Dillon Danis Claims He Would Beat Khabib Nurmagomedov In Grappling Match: 'Everybody Knows That'
Read Next Post →
Click here to cancel reply.