Aljamain Sterling not continuing the fight against Petr Yan wasn't his only indecision at UFC 259.

Aljamain Sterling has been taking a lot of heat lately, largely due to the validity of his disqualification win against Petr Yan. In round 4, the challenger would eat an illegal knee from Yan and was ultimately left with whether he wanted to continue or not. In not being in physical condition to carry on, Sterling would be named the new UFC Bantamweight Champion.

The new champ wasn’t proud of it although, as he felt he didn’t earn it. Sterling would drop the belt inside the Octagon. However, later into the night he would pose with the new belt, smiling in pictures at his afterparty.

Sterling would also face off against former UFC champ Henry Cejudo. He expressed interest in fighting ‘Triple C’ rather than having an immediate rematch with Yan like he said he would.

The validity of Sterling’s title and post-fight posing weren’t the only controversies on the block though. Long-time friend and coach of the Long Islander, Matt Serra might have the biggest story of them all.

If you kept watch on ‘Aljo’s’ corner on Saturday, you’ll notice Ray Longo, who’s been with him since day 1 and a new coach, Eric Nicksick, who has only been working with Sterling for 3 months prior to the fight.

Former UFC Welterweight Champion Matt Serra was disheartened to realize he would not be cornering Sterling, who he has been with over 7 years. Sterling would leave one-half of the classic Serra-Longo duo at home. The coach was devastated to find out the news that he was left out.

Speaking on UFC Unfiltered, did Serra reveal how hurt he was in the lead-up to his student’s first shot at UFC gold. This incident would cause him to retire from cornering fighters in the future.

“When I found out I wasn’t in it, I gave Aljo a call.” told Serra. “I felt stupid because I made a call before that and left a nice message. Then I got the call from Longo and he said, ‘How are you out of the corner? It’s your team.’ I said you f*cking tell me. But at the same time, I didn’t want his head f*cked up before the fight so I didn’t attack him.”

“I called him and left a message and said, ‘I love you and I’m here for you either way if you need me.’ I told Aljo a few weeks before he left (for Las Vegas) that the COVID sh*t is crazy so if you need to use bodies (for corners) I understand. But when you’ve been with a guy for that long.. First of all, Aljo texted me and said he would call me back, but I didn’t hear from the kid for three days. I don’t want to be over-sensitive, but how do you think those nights were sleeping? I’m just hurt. I know you’re busy and things are going on but I gotta know what the f*ck I’m doing.”

“So when I talked to him, we talked a little bit about sparring partners and this and that. So I understand if it’s about that, I understand. But then I’m watching (UFC 259) and I have nothing against Eric Nicksick, he’s a nice guy and it’s not his fault Aljo went there, but it’s like, hey man, you’re gonna have some guy you been working with for three months and I’ve been with you for seven years? If that’s what you want then I understand. But this is the thing. Now, this is no longer this thing of ours with mine or Longo. And that’s all, we did this (Team Serra-Longo) with the intention of guys reaching their goals. But you can’t help but feel disrespected.” 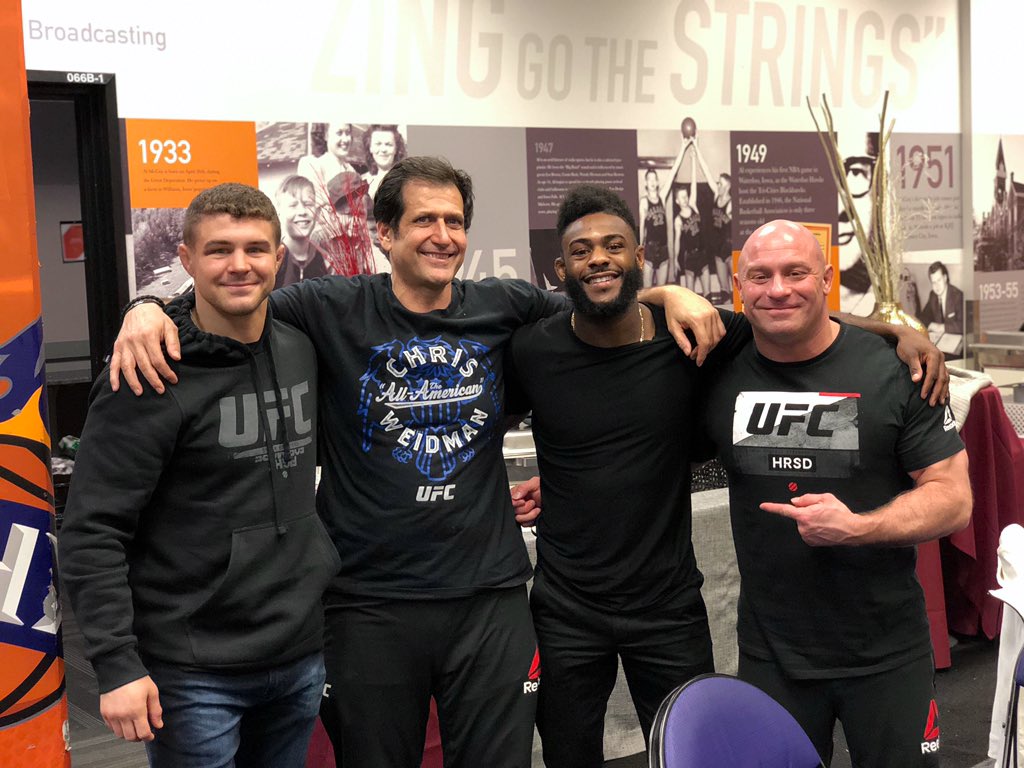 “From the time this guy got into the UFC, you can point to one time I missed a sparing session in seven years. I got a family, but you train, you go, and you do it proudly because you’re backing up your guy. It’s our guy vs. another savage that’s what it is. I’m not going to lie to you, I was a little hurt. And I love everyone involved, but you got to know when people make choices there are consequences. So I can understand nobody wanted to say anything because they didn’t want to f*ck up this kid’s head before the fight. But at the same time, I would have handled things differently if the shoe was on the other foot.”

In catalyst to the disrespect dealt to the UFC veteran, Serra has decided to take another step away from the sport, vowing to never corner another fighter.

“My thing is, going forward, it’s better now to make an exit on a high note. I loved cornering, but what is it for the next fight, is it me and Nicksick with rock paper scissors to see who gets to corner? I have a family.

With the absence at UFC 259, Serra won’t be there for Sterling anymore… not physically at least. Don’t count on him to support Sterling by being in his corner ever again. Nevertheless, he will continue to support his pupil in the future.

“I will always be in this kid’s corner, just not physically anymore. And not by my choice, but by the choices that are made here. So I’m retiring from the whole cornering thing.” 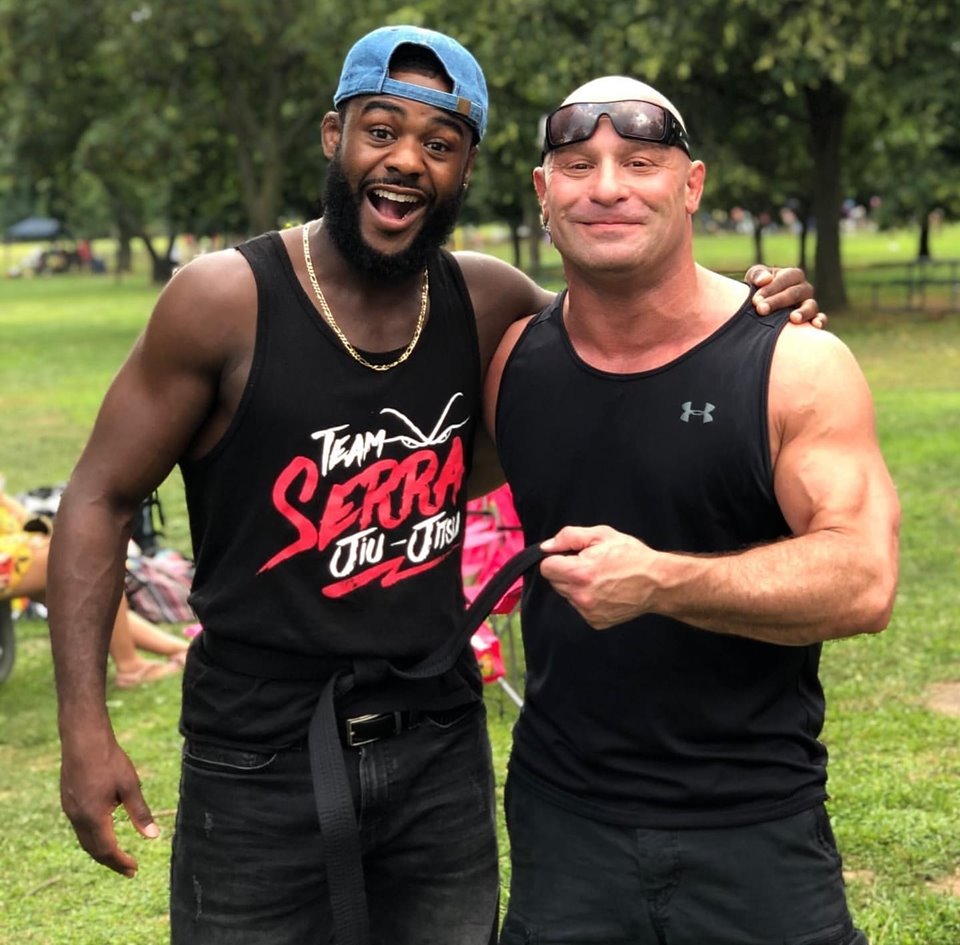 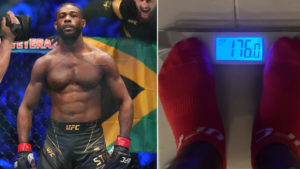 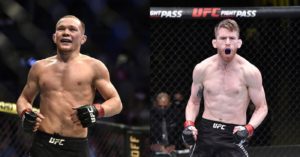 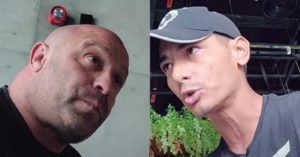 Matt Serra Ready For Joshua Fabia To ‘Be Nothing But A Disturbing Memory,’ Reflects On Altercation 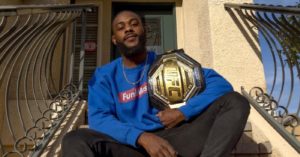 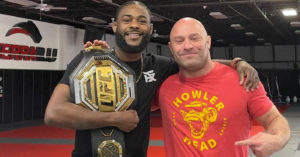