Kung Fu Master Can Literally Walk On Water In Video! 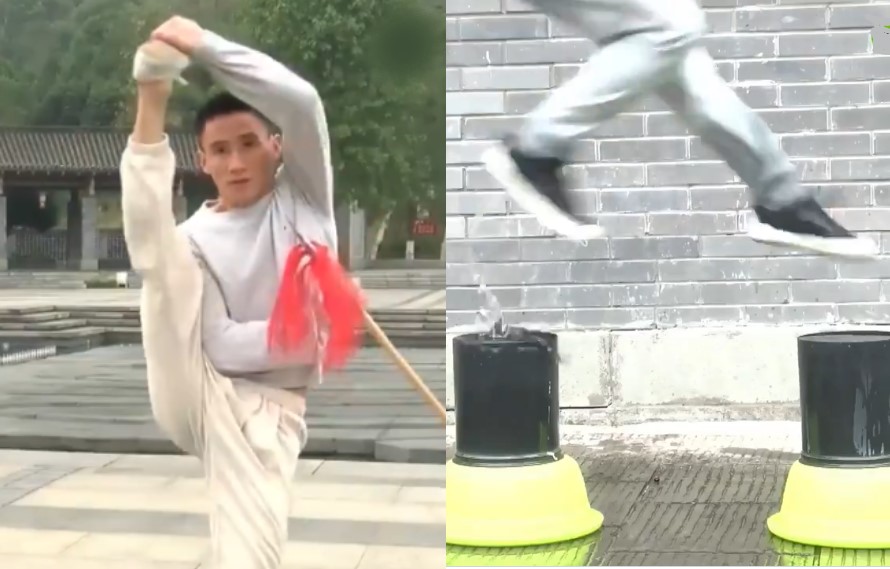 They say that only magicians and godly beings can walk on water. However, looking at this Kung Fu master, you might begin to rethink these sentiments.

Kung Fu is one of the most complicated forms of martial arts in the world. There are many different types of out there, but the one thing they all have in common is that they demand an intense amount of devotion to master. It requires an enormous level of dedication and focus. Moreover, the athletic ability present in those who are the best in this field, is unmatched.

This high level of athleticism was on full display with a recent video uploaded to Twitter. The insane footage shows what is referred to as a “Kung Fu Master,” doing mind-boggling feats. The most incredible however, involve the man appearing to run across water. It looks like a movie stunt, but rest assured it is unbelievable.

This #KungFu master is faster than gravity! pic.twitter.com/Xn4PBsil0c

Granted, this guy is not actually walking on water. However, the ability he has to use upward momentum, without landing in the water, is still impressive. He is super agile and light on his feet. Not to mention, his weapon skills, and lateral jumping are also on display. Those attributes are also on a clearly high level.

This unnamed Kung Fu master is a very impressive athlete. Watching this video over and over, it never ceases to amaze. It genuinely looks more like something out of a Hollywood film, despite the fact it is all real.